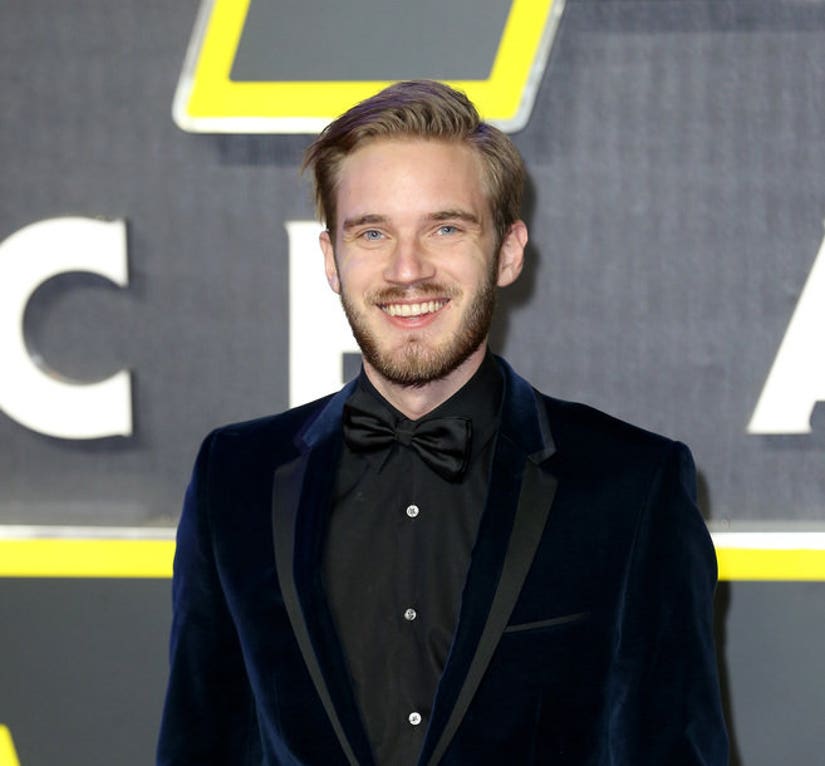 To become a YouTube star as popular as PewDiePie - 53 million subscribers and counting - you have to be willing to push a lot of boundaries.

But the more viral you go, the more likely it is you're going to screw up and land in the middle of a social media meltdown one day.

PewDiePie (otherwise known as Swedish gamer Felix Kjellberg) learned this the hard way when he was dropped by Disney and had his YouTube reality show cancelled this week. The issue was a video he posted in January, showing two men holding up a sign saying "Death to all Jews" - most likely meant as a joke, but still a step way too far for his corporate sponsors and many of his viewers.

Web-savvy observers probably saw this kind of firestorm coming a mile away. Famous for being an internet bad boy who makes outrageous videos about gaming and pop culture, PewDiePie has created a number of increasingly problematic scandals for himself in recent years; so it was only a matter of time before he stepped on the wrong toes. Here are five of the biggest warning signs.

You'd think this would be an obvious no-no by now, but apparently not. In a video posted just before the one that got him dropped by Disney, PewDiePie shocked and angered viewers by appearing to say a racial slur. Reacting to the news that he'd been placed at #18 on a "100 Most Handsome Faces of 2016" list, the YouTuber filmed himself spinning around in his chair yelling "Eighteen! Eighteen! Eighteen, n------!" He edited the video to cut off the end of the word, but it was pretty obvious what he was saying.

Some fans asked him to take down the video and post an apology, while the angriest of them made #PewDiePieIsOverParty trend on Twitter. His defenders said that it was "just a word" and that people were taking him too seriously. It looked like he agreed with the latter group, since he didn't apologize and simply tweeted that he was "still here... DISAPPOINTED."

When the biggest star on YouTube threatens to quit YouTube, people are going to pay attention - but when it turns out to be just another publicity stunt, some of them will begin to lose their patience.

PewDiePie created a week-long media freakout by announcing that he would delete his channel once he hit 50 million subscribers, claiming that he was angry with some of YouTube's business decisions. Naturally, this made a bunch of new people subscribe to see if he would really do it - but when he hit that milestone, he ended up deleting his secondary channel "Jack septiceye2" which he'd created as a joke. Don't worry, though - he PROMISES he'll totally delete his main channel when it hits 100 million.

It's a tempting business proposal for any big-name YouTuber - feature a product in your videos and get a big paycheck from the brand for promoting them to your millions of followers. Unfortunately, the Federal Trade Commission requires YouTubers to "clearly and conspicuously" disclose the sponsorship deal - and when a video game deal with Warner Bros. got busted by the FTC, PewDiePie was the most visible offender.

In his next video, PewDiePie said the scandal was "kind of bulls--t. Yes, I could have disclosed it better. I could have put it above the fold... Basically, all these news articles are using me as clickbait, putting my name to shame when I didn't even do anything wrong."

In April of last year, several big-name YouTubers posted videos addressing the drama culture that has taken root on the platform - a tendency for YouTubers to start fights, court negativity and mob people with criticism when they screw up, all for the sake of getting more views. PewDiePie weighed in on the debate in a now-deleted video, saying that current events had "created this mob mentality, where everyone is sooooo on edge and everyone is so ready to attack their next target of someone f---ing up. Every time, there seems to be more YouTubers getting involved because they know the topic is gonna get them more views and attention."

This sentiment rang a bit false when another YouTuber called KSI criticized PewDiePie and claimed he'd only joined the drama debate to get attention himself - and PewDiePie escalated the situation by tweeting that "Going to KSI for advice about 'how to act online' is about as useful as asking Toby Turner [a YouTuber accused of sexual assault] for relationship advice." The resulting internet fight ended up being as big a drama as anything PewDiePie had complained about in the first place.

It's never a great sign when the media from your home country doesn't like you. Swedish publication Aftonbladet published a column calling PewDiePie sexist for one of his more colorful videos, where he tries to make a 3D digital sculpture of Nicki Minaj's butt.

The result was raunchy enough ("oh my god, sexism in sculpturing games!" he jokes at one point) for the Aftonbladet columnist to take offense and claim that PewDiePie was creating a "boys only" club on the internet that demeaned and insulted women. To be fair, this gendered environment is a debate for the entire gaming community and not limited to PewDiePie; but as one of the industry's most recognizable faces, he's going to find himself right in the middle of the tension between gamers and feminists.