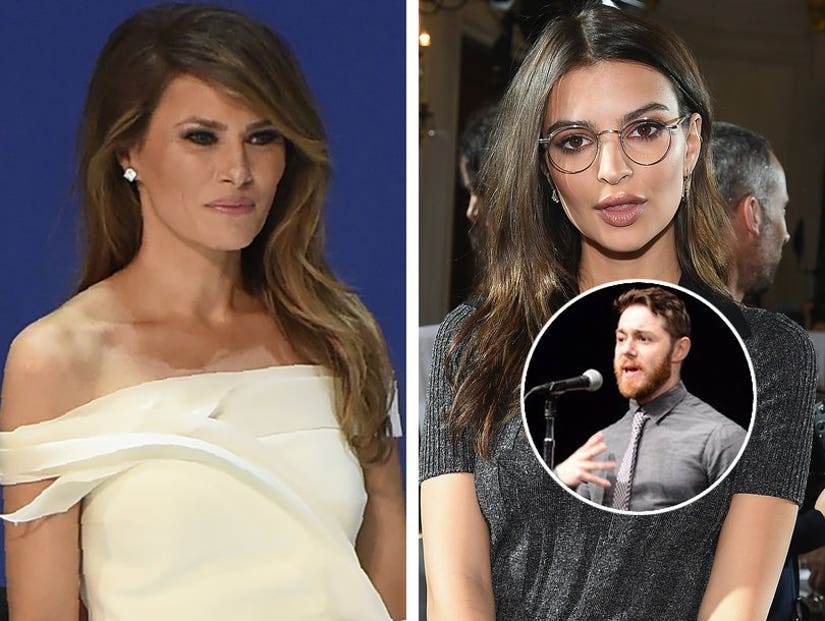 Melania Trump just got a very public apology from a journalist who called her a "hooker" at New York Fashion Week.

New York Times' Jacob Bernstein - son of screenwriter Nora Ephron and famed reporter Carl Bernstein - posted his mea culpa on Twitter Tuesday morning, after model Emily Ratajkowski put the publication on blast for something he said to her at a runway show over the weekend.

This is a four part tweet. 1. I want to take ownership of a mistake I made.

2. Speaking at a party in what I thought was a personal conversation, I nevertheless made a stupid remark about the first lady.

3. My editors have made it clear my behavior was not in keeping with the standards of the Times, and I agree.

4. My mistake, referring to unfounded rumors, shouldn't reflect on anyone else and I apologize profusely.

"At a party last night, a Times reporter who does not cover Washington or politics, referred to an unfounded rumor regarding Melania Trump," the New York Times previously said in a statement. "The comment was not intended to be public, but it was nonetheless completely inappropriate and should not have occurred. Editors have talked to the reporter in question about the lapse."

Ratajkowski exposed Bernstein's actions on Twitter Monday, but didn't name him at the time.

Sat next to a journalist from the NYT last night who told me "Melania is a hooker." Whatever your politics it's crucial to call this out for

what it is: slut shaming. I don't care about her nudes or sexual history and no one should.

Melania herself then thanked the model for standing up for her on the FLOTUS Twitter page.

Applause to all women around the world who speak up, stand up and support other women! @emrata #PowerOfEveryWoman #PowerOfTheFirstLady

Trump's tweets still managed to generate some backlash though, as her followers called her out for not speaking up "for the women who your husband bragged about assaulting."

"We did speak up. It was called the #WomensMarchOnWashington and everyone called it a riot, due to your hubs crappy orders," another popular tweet added.

See the full string of replies here at Trump's tweet.