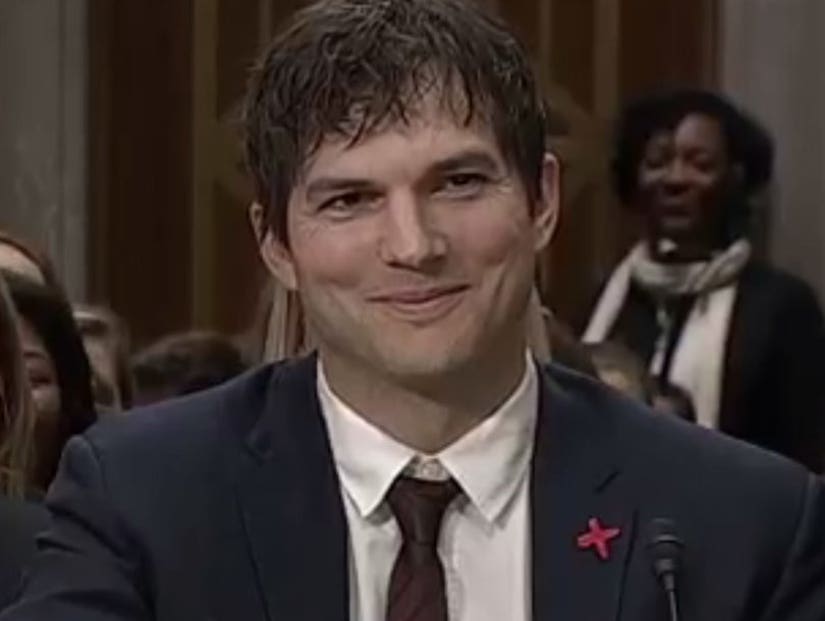 Kutcher appeared on Capitol Hill on Wednesday morning to testify at a Senate Foreign Relations Committee hearing, giving a powerful and at times emotional speech on human trafficking and child abuse.

"I've seen video content of a child who is the same age as mine being raped by an American man that was a sex tourist in Cambodia," he said, fighting back tears. "And this child was so conditioned by her environment that she thought she was engaging in play."

Kutcher was speaking as the chairman and co-founder of Thorn, a technology task force that creates software to fight sexual exploitation of children. The tools and programs are designed to sift through escort ads and online material, establish lines of communication, and help law enforcement capture abusers and bring victims to safety.

He told the committee that he was there to defend the right to pursue happiness - a right that is "stripped away ... raped and abused" and sold off for "the momentary happiness of another."

The actor said that internet trolls often told him to "stick to his day job" when he talked about his political activism, but but he insisted his work with Thorn and his role as a father of two were his top priority.

Kutcher cited one instance when the Department of Homeland Security called him and asked for his help finding the perpetrator in a case of a seven-year-old girl who was sexually abused for three years.

"An actor and his foundation were the potential last line of defense," he said forcefully. "That's my day job and I'm sticking to it."

A lighthearted moment took place near the end of the hearing, when Senator McCain thanked him for his testimony. "Ashton, you look better in the movies," McCain said.

The 39-year-old actor laughed and blew a kiss to the former Republican presidential nominee.

Ashton Kutcher blows a kiss to John McCain after the senator tells him: "You were better looking in the movies" https://t.co/rwH29aMdph