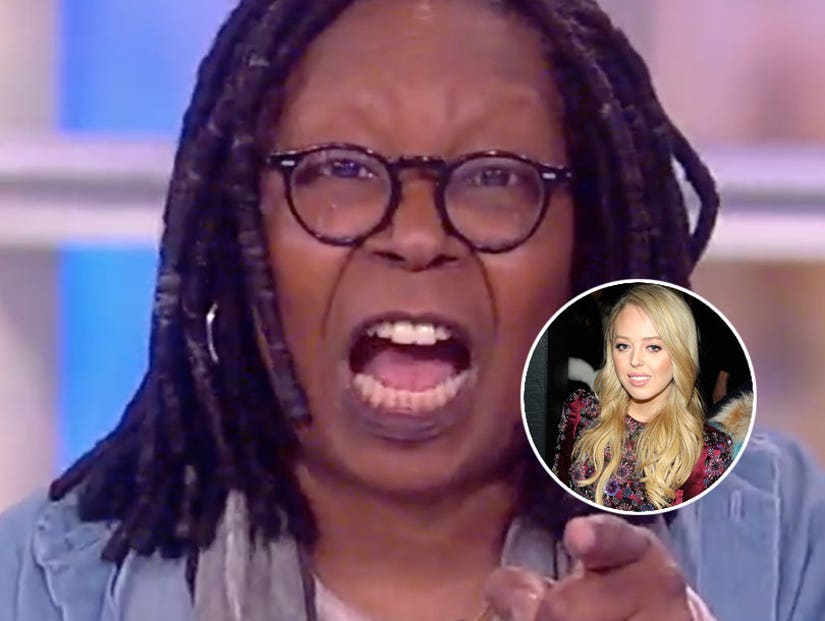 Thank you @WhoopiGoldberg I'd love to sit with you too! 😊

Whoopi Goldberg is not having the mean girls of NYFW.

Tiffany Trump got the "You can't sit with us"-treatment by the fashion elite this week while attending the Philipp Plein show, where guests were actively trying to avoid sitting next to the president's daughter.

But Wednesday's episode of "The View," Goldberg stood up for the First Daughter, a surprising move from someone who has been extremely outspoken against both Donald and Ivanka Trump.

"Tiffany, I'm coming to sit with you, because nobody's talking politics. You're looking at fashion," Goldberg proclaimed. "She doesn't want to talk about her dad."

"Tiffany's left out of everything," Joy Behar joked, "Trump leaves her out of the North Korea talks and everything!"

"I just thought it was mean," added Whoopi. "I don't want to talk about your dad, but girl, I will sit next to you because I've been there, where people say we're not going to sit next to you. I'll find your ass and sit next to you!"

And while she showed support to Tiffany, Goldberg continued to pile onto The Donald earlier in the show.

The panel chimed in on reports Trump's team had ongoing contact with Russian officials, reports Trump dismissed as "fake news."

"I put it on you Republicans," she continued, "you named some guys who are saying, 'listen, there's a problem.' And if they're standing up, the rest of you, Paul Ryan, the rest of you should get up and stand for America. As you say, America first, when is that going to kick in with you all?!"