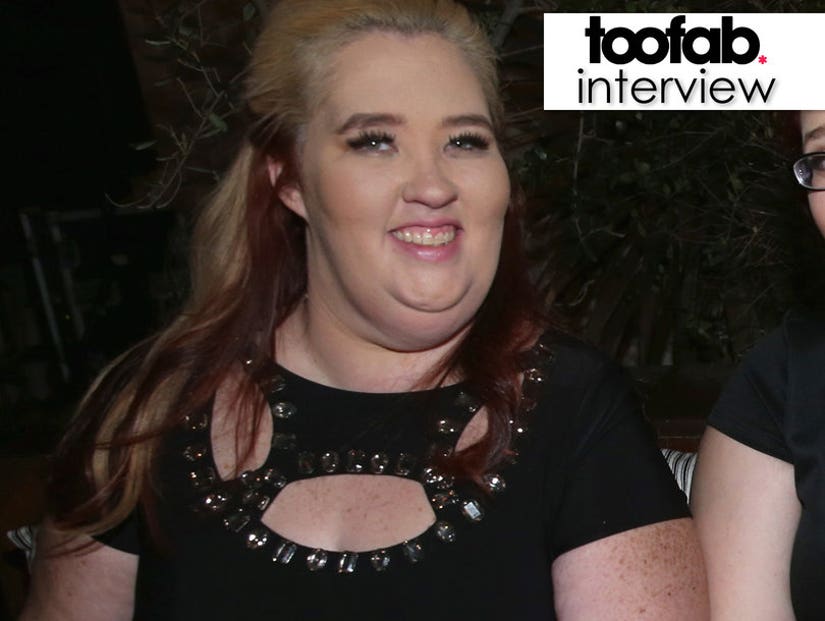 Mama June Shannon is "virtually unrecognizable" after her recent weight loss ... and she wouldn't have it any other way.

The reality TV star chronicles her transformation on WEtv's upcoming reality show, "Mama June: From Not to Hot." And while she won't debut her new look (or reveal how much weight she's lost) until a series finale party for the series in March, Shannon told TooFab she's "very happy where I am now," adding, "I'll never go back to where I was."

We've confirmed she got both a gastric sleeve and skin removal surgery for the 7-episode series and is clearly pleased with the results. "The gastric sleeve is ... I've not had any complications. I'd definitely recommend it," she explained. "Before you have any skin removal surgery done, it is recommended you do have some kind of gastric, whether its the lap band or the gastric sleeve, but I've had no complications with any of my surgeries. I've actually had a pretty good recovery, the doctors are surprised I've not been in as much pain and I've recovered very easily."

"As everybody knows, when you do lose weight, there is stuff that you want to get fixed that makes you look better," she added of the skin removal process.

But it wasn't just her appearance that set Shannon on her weight loss journey.

"I just decided it was time for a change, to be more healthy and to do something for myself because I do so much for everybody else," she said. "At first, people were saying, 'You're losing weight, you look great' and I just ran with it."

Mama June's weight loss meant major changes in her lifestyle. Not only did she struggle with "working out when you don't want to," she also caught some flack from her family members about her new diet.

"I'm trying to cook healthy, but when you got teenage kids, they're going to not wanna eat everything you want to cook that's healthy. But they're trying," she said of daughters Alana (AKA Honey Boo Boo) and Pumpkin. "[They] still live at home and they've been, 'OK mama we support you, but we don't want to eat all of your healthy stuff all the time!'"

While Shannon has to keep a low profile until the big reveal, she told TooFab she's ready to get back out in the public eye, in hopes it helps some of her fans.

"I hope that somebody will realize that's going through the same weight loss struggles that they're not alone and realize it's not all peaches and cream," she said. "I hope one person gets something out of it, that they realize the struggles are really real. I'd tell people who are struggling with weight, just take it one day at a time. You can't just give up because it seems like the easy way to go. Trust me, I wanted to give up several times through this journey."

Shannon added the show will also update fans of her former TCL series, "Here Comes Honey Boo Boo," on what Alana, 11, is up to now.

"She is a middle schooler, she's doing very good. We've had a lot of fun with this and even though it's more about where our life is now, the girls are a huge part of the show," said Shannon. "I think fans are gonna enjoy that they'll be able to catch up with Alanna now, but also realize there is some real life issues that are going on, a different side they didn't see of the family on 'Here Comes Honey Boo Boo.'"

"Mama June: From Not to Hot" premieres February 24 on WEtv. 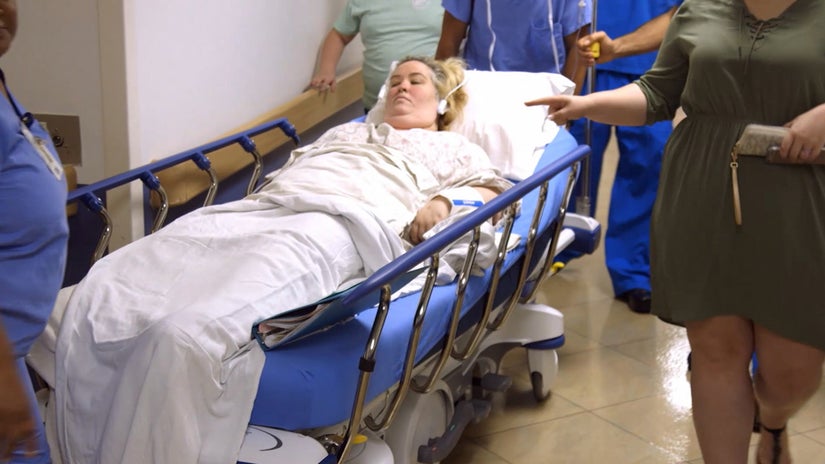