Samantha Bee continued her ongoing roast of all things Donald Trump on Wednesday night by tearing into Paul Ryan for being the President's "faithful husky" while also trying to take the moral high ground regarding issues on which he and Trump may disagree.

“Watching Ryan play moral watchdog is like watching Taylor Swift pretend to be surprised at an award show – bland and fake and weirdly compelling," the "Full Frontal" host joked in the segment (above).

Bee played side-by-side footage of a shocked Swift accepting award after award and Ryan speaking to audiences about “textbook definition of racism," how "a Muslim ban is not in our country's interest" and how "anti-Semitic images have no place in the presidential campaign.”

“Take another cue from Taylor Swift, Mr. Speaker,” Bee added. “Know when to dump the guy you've only been pretending to like to help your career.”

But sucking up to authority figures is apparently nothing new to Ryan. Bee took a trip down memory lane by pulling up old footage of Ryan being named class president of Joseph A. Craig High School in 1986, only to be named biggest brown-noser two years later.

“Although, considering who he's sucking up to these days, Ryan's nose is probably more orange,” Bee said. 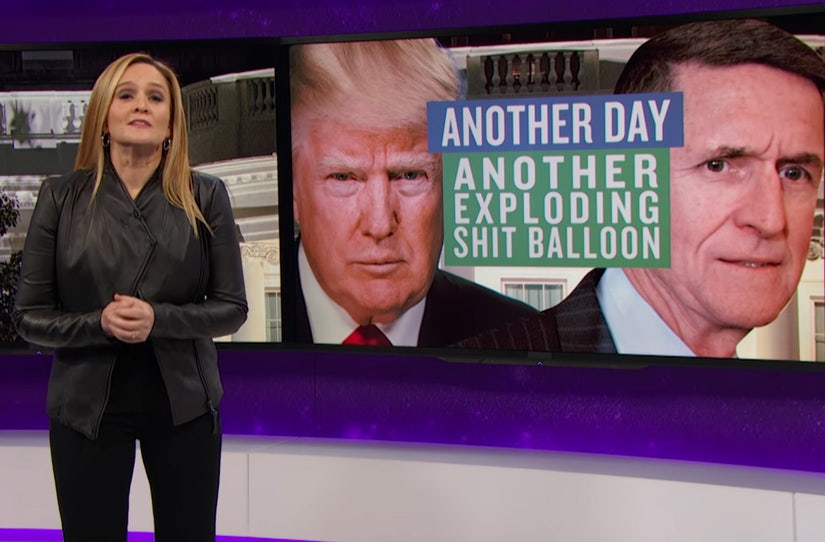