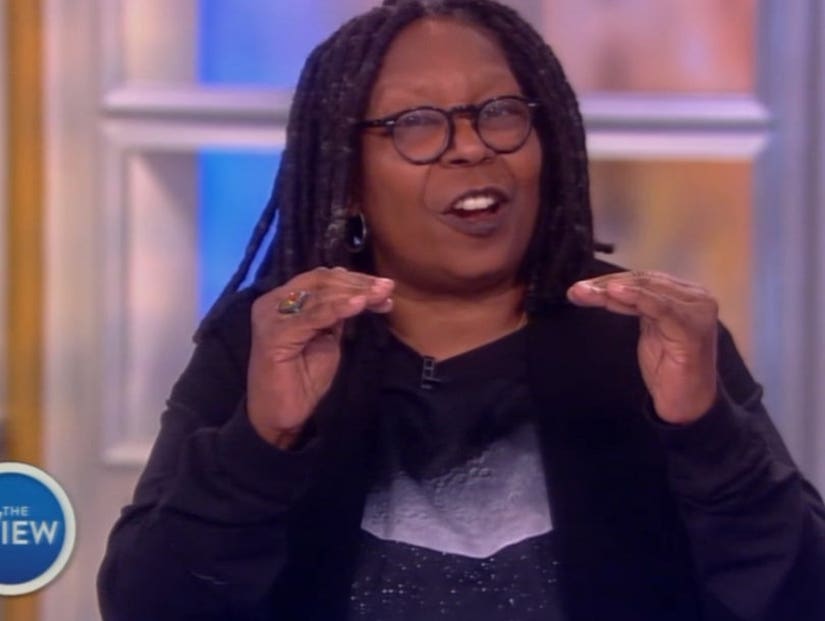 Donald Trump got major backlash on Thursday's "The View" for his comments about anti-Semitism.

During a joint press conference with Israeli Prime Minister Benjamin Netanyahu, the president was asked about a rise in "anti-Semitic incidents" since the election and whether his administration was "playing with xenophobic and maybe racist tones."

Half of Trump's response was about how he won the Electoral college, before adding, "As far as people, Jewish people, so many friends, a daughter who happens to be here right now, a son-in-law, and three beautiful grandchildren. I think you're going to see a lot different United States of America over the next 3, 4, 8 years. I think a lot of good things are happening and you're going to see a lot of love."

"He's like certifiable. It was a crazy response," Sunny Hostin said. "He didn't answer the question. It was a very easy question to answer."

"So just because his family is Jewish, that means anti-Semitism will disappear?" asked Joy Behar. "He can't say the word Jew. Didn't you think Netanyahu was saying, 'What a moronic gentile this is?"

"When you're in a campaign, someone asks you a question you don't know the answer, you pivot. That's not what the president does, the president has to answer the question," added Jedediah Bila.

"Ask [Steve] Bannon the question, Bannon would have had an answer. That's why, to me, he's the real pres, just saying," said Whoopi Goldberg. "He'd also have to admit his rhetoric has increased the anti-Semitism in the country and that's why he didn't answer that question."

When co-host Sara Haines said she didn't believe Trump himself was actually anti-Semitic, Behar added, "All you need for evil to flourish is for good men to be silent and that's what he is. He may be a good guy ... not speaking."