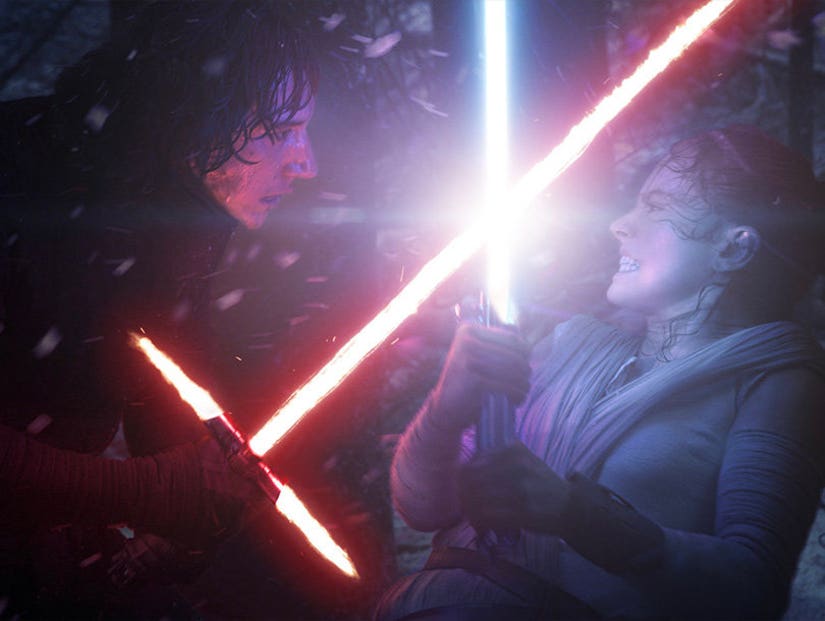 The Internet went into overdrive following the release of "The Force Awakens" in 2015, as fans began theorizing about the future of the "Star Wars" franchise.

With the release of new European posters for "Episode VIII" igniting fresh fan speculation today, we're taking a deep dive into the most popular online chatter.

"THE LAST JEDI" DOESN'T REFER TO ONE, BUT MANY

The brand new France and España film posters may have accidentally leaked information that "The Last Jedi" isn't really the last single Jedi ... but a conglomeration of them.

See the French poster for the film:

That "Les" right there is plural, and if were were speaking of one singular Jedi, it would be "La" or "Le."

For the Spanish poster, it's much of the same:

Once again with the plural. Had they been talking about one Jedi in Spanish, the poster would have read "La" or "El."

REY IS NOT A SKYWALKER, BUT A KENOBI

While many believe Rey is a descendant of the Skywalker bloodline, a few hardcore fans will tell you there's also a distinct possibility she could be a Kenobi.

In the analyses of "The Force Awakens," Rey's apparel and the style of her light saber-play -- as well as many of her actions in the movie, like skulking around the Starkiller Base and living a solitary life in the desert -- seem more like Obi-Wan Kenobi traits than they do Skywalker.

Yes, there are some loose rules about Jedi celibacy, but some theorize Obi-Wan could have had a kid during his exile. What happens in Tattooine stays in Tattooine?

The fan theories about who's behind the guise of General Snoke could fill up a list of its own. One of the most prevalent theories suggest Snoke is actually one pissed-off Mace Windu in disguise.

Some speculate Windu was never actually killed by Anakin Skywalker. And while he was portrayed by Samuel L. Jackson, a black man, and Snoke is a translucent-skinned being, some fans believe the lightning from Anakin's lightsaber not only disfigured his face, but lightened and thinned his skin as well.

Additionally, there are those out there who believe that Finn is actually the estranged son of Supreme Leader Snoke. If you watch the film closely, you'll also see that Kylo Ren actually uses one of Windu's defining lightsaber tactics. Windu's signature move was a "back spin and slice" move, meaning he may have taught it to Ren.

One of the other theories out there suggests Snoke is actually Darth Vader, returned from ... the abyss? Who knows. Many cite the similarities between Snoke and Vader's head and cheek injuries. Though Vader died in the first film trilogy and was seen as a force ghost, we are talking science fiction here, where the boundaries of reason are thrown out the window.

KYLO REN IS A DOUBLE AGENT

Though Kylo Ren is very much the villain of "The Force Awakens," some fans posture he isn't evil at all, but simply undercover. His goal: to become a Sith so he can ultimately kill Supreme Leader Snoke.

Fans have asserted that Ren is attempting to finish what Anakin Skywalker started before he turned to the Dark Side, and that's the reason Ren tells Vader's scorched helmet he doesn't want to let him down. He's talking to the "good," pre-Dark Side Anakin.

As for killing his dad, Han Solo, Ren had to sacrifice someone he loved dearly in order to become a true Sith. This would also imply that Solo's death was not in vain, as many "Star Wars" fans complained.

REY AND KYLO REN ARE NOT ANOTHER BROTHER/SISTER DUO, BUT WILL FALL IN LOVE

Kylo and Rey are figuratively the Yin and the Yang of the revived series, and the two could join forces to ultimately defeat Supreme Leader Snoke.

We're still shipping Finn and Poe, but we'd be O.K. with this teamup too!

Do you think any of the above theories may prove accurate? Sound off below!