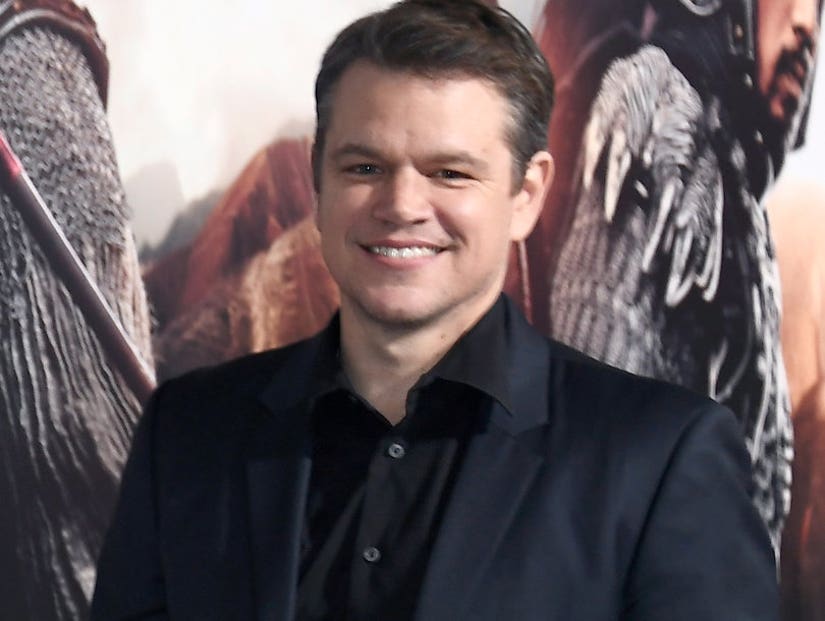 The #ThankYouMattDamon hashtag lit up Twitter Thursday night as users reached out to thank the actor for being such an inspiration to Asians everywhere.

After the premiere of “The Great Wall” wherein Damon plays a European mercenary in China later captured by Chinese soldiers who then ends up saving the world, many people called out the fact that another seeming perfect role for an Asian actor, was handed to Matt Damon. Some have called the film a “blatant white savior narrative” and the film itself garnered a 45% on Rotten Tomatoes.

Hollywood has often seen uproar due to the lack of Asian actors that are given roles in blockbuster films. As Alan Yang, co-creator and actor in Master Of None noted in his 2016 Emmy Speech, “There's 17 million Asian-Americans in this country, and there's 17 million Italian-Americans. They have 'The Godfather,' 'Goodfellas,' 'Rocky,' 'The Sopranos.' We got Long Duk Dong. So we got a long way to go, but I know we can get there. I believe in us. It's just going to take a lot of hard work.”

Putting the Asian in Caucasian #ThankYouMattDamon

Matt Damon taught me how to use chopsticks. #thankyoumattdamon

Without Matt Damon, I wouldn't be able to differentiate between the 4 tones of Mandarin! #thankyoumattdamon

#ThankYouMattDamon, @karliekloss, Scar Jo, Emma and Tilda for teaching us we are all Asian. Wait... No we are not. @ConstanceWu @NoTotally pic.twitter.com/AO4eM5gOx9

#thankyoumattdamon for finding the asian within yourself to save china, and represent our marginalized community :)

I'm glad everyone has caught on to this ludicrous film where a white guy saves all of China. Oh yeah, and builds a wall 💁 #ThankYouMattDamon

#thankyoumattdamon for being in yet another movie that it makes no sense for you to star in. #losingfaithinhollywood

For saving my ancestral homeland, my name backwards actually translates to #thankyoumattdamon

Matt Damon is such a fine Asian actor. #ThankYouMattDamon

Diversity is what the charming white guy tells you it is. #ThankYouMattDamon

MattDamon made mini egg rolls for our church and was the most popular mom at every potluck.#thankyoumattdamon

Forget Mulan, Matt Damon is the only one who could save China #thankyoumattdamon