Jennifer Lopez discovered she may have a thing for One-Directioner Harry Styles.

Lopez dabbled in a little fun and games on "The Ellen DeGeneres Show" Tuesday where she revealed a hearty liking to Harry Styles in a game of "Who'd You Rather." The singer was presented with choices between Styles and Nick Jonas, Brad Pitt, The Weeknd and Zac Efron, where she held up her vote for Styles in almost every round of the game.

Age has never been of concern to Lopez, and she made that very clear when Ellen spoke on people making a big deal of her history of dating younger men.

Lopez shut down ongoing reports about her assumed "fling" with rapper Drake, but confirmed that the two simply recorded new music together.

"He sent me a song that he wanted me to be on. So we have a song together," she said. "I don't know what he's going to do with it, but yeah!" 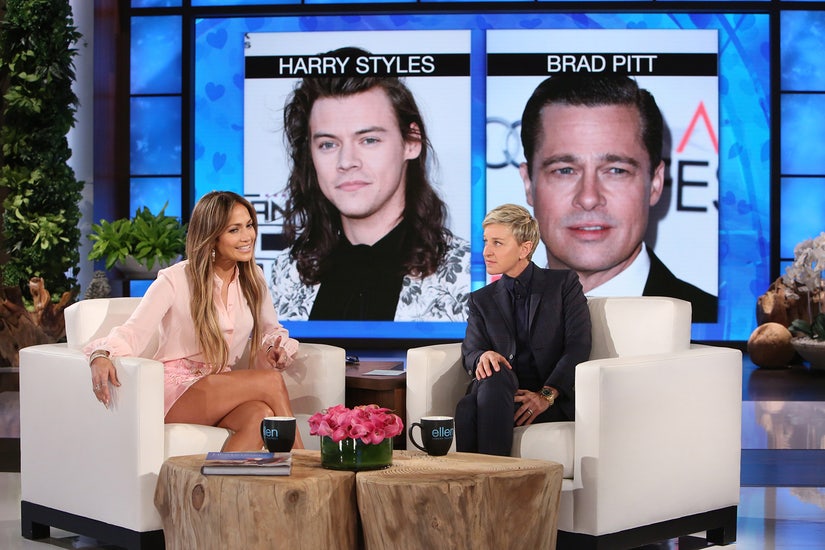 The singer also addressed ongoing buzz about her performing the Super Bowl Halftime Show. Though there's not formal offer signed, sealed or delivered just yet, Lopez said she would be honored to perform.

Later, the duo talked about the possibility of "American Idol" returning to the airwaves on NBC instead of Fox.

"He [Keith Urban] came up to me at the Grammy's and said, 'Did you hear that we're coming back?'"

Lopez said she was seemingly confused about what Urban was even talking since she had heard nothing about a possible "Idol" return.

When asked if she would return to "Idol," Lopez said it might be hard for her to do again, given her schedule now. Lopez currently has a Las Vegas residency that she said Ellen has yet to attend. In an effort to get Ellen to her show, J.Lo said she would give the entire audience tickets if Ellen promised to attend.

Do it for the people, Ellen!