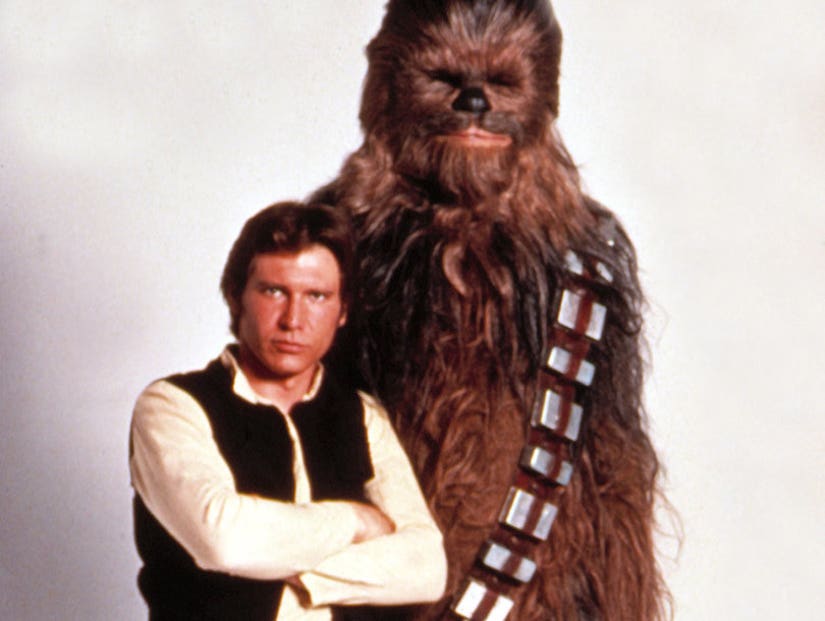 Disney gave "Star Wars" fans their first look at a young Han Solo and his sidekick Chewbacca on Tuesday.

While announcing the start of production on the untitled "Star Wars Story" spinoff starring Alden Ehrenreich as the iconic space scoundrel formerly played by Harrison Ford, the studio that owns Lucasfilm shared a picture (below) of the main cast squeezed next to the wookie in what we're assuming is the Millennium Falcon cockpit.

While Solo and fellow smuggler Lando Calrisean, who will be played by Donald Glover ("Atlanta"), will look noticeably younger, Chewie's appearance won't change all that much.

This time around, the friendly beast will be played by Joonas Suotamo. Other stars in the prequel include Woody Harrelson ("The Hunger Games"), Emilia Clarke ("Game of Thrones"), Thandie Newton ("Westworld") and Phoebe Waller-Bridge ("Broadchurch").

Phil Lord and Christopher Miller ("The LEGO Movie") are directing the May 25, 2018 release (and guaranteed blockbuster), which will explore Han and Chewie's adventures before the events of "Star Wars: A New Hope," when they first met Calrisean, who betrayed Han in "The Empire Strikes Back." (Sorry if that's a spoiler, but you've had over three decades to catch up on the franchise.) 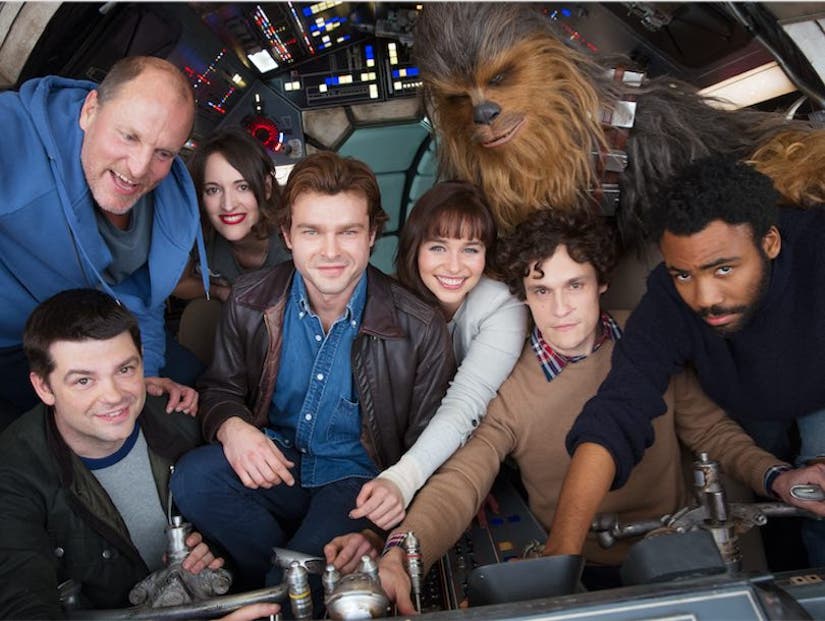