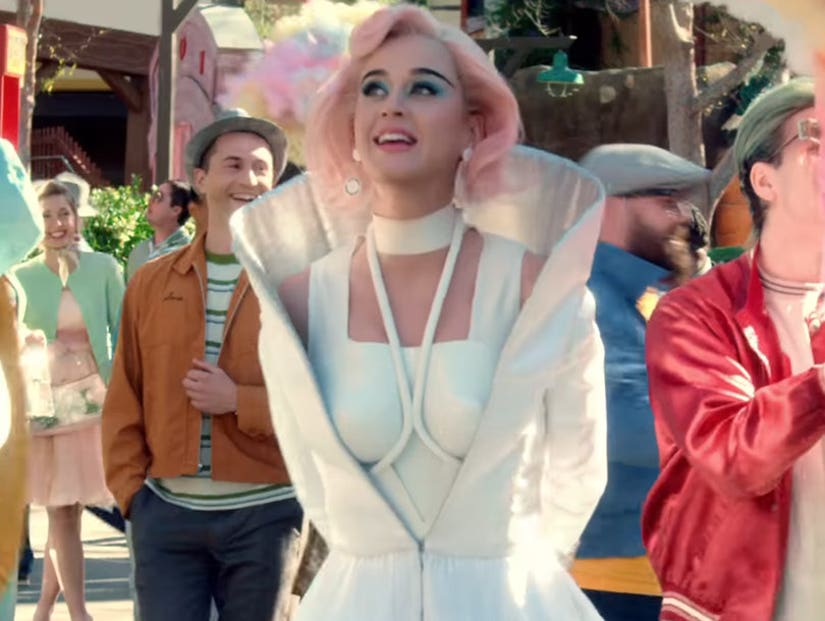 Katy Perry is really leaning into her new "artist, activist, conscious" persona with her single "Chained to the Rhythm" featuring Skip Marley.

First she released the politically themed pop song on Feb. 10 with a lyric video comparing people to hamsters in miniature houses. Then she performed it at the Grammys last week wearing a Hillary Clinton-esque pantsuit and a "RESIST" armband.

Now Perry has released the official music video, featuring a shiny futuristic theme park called "Oblivia." Looking like a cross between "The Jetsons" and the Capitol from "The Hunger Games," the pastel-colored park keeps everyone distracted with cotton candy, selfies, social media emojis and 1950s-style domestic bliss - while the rides seem ready to fling people to their deaths at any second.

With lyrics like "Yeah, we think we're free / Living our lives through a lens / Trapped in our white-picket fence / Like ornaments / So comfortable, we live in a bubble," the video makes a pretty clear statement about political complacency and social media culture.