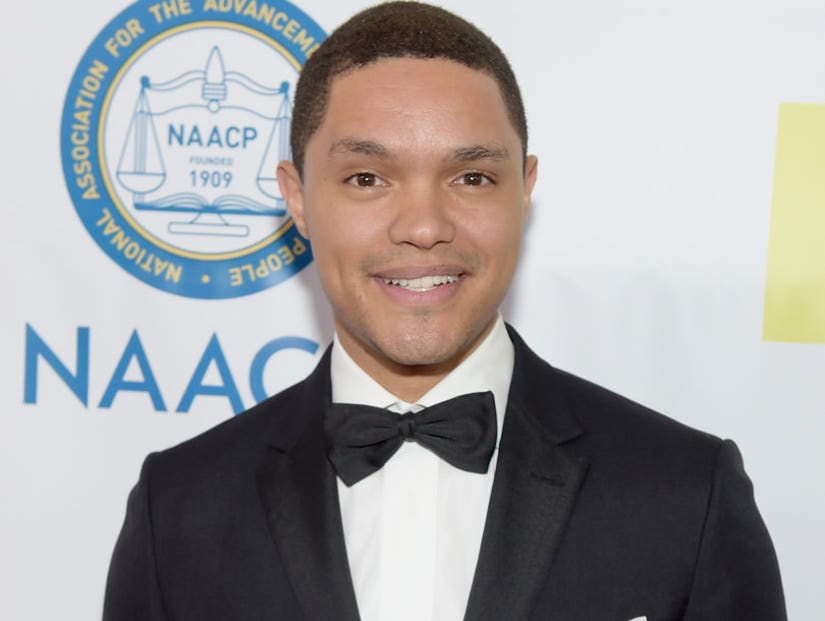 “Daily Show” titan Trevor Noah is talking all things Trump in his latest interview with The Daily Beast.

Noah's brand new Netflix special, which was taped just days before the Presidential election shares a glimpse of his comedic chops outside of politics, which has been the focus of his show now.

Noah mentioned that before the election, he was excited to cover other global topics focused on the world. And he reveals why Trump is helping that initiative.

“Trump has actually brought that closer to me than I thought,” Noah said. “He has involved the world in everything. So what Donald Trump has done, unwittingly, is he has gotten America involved in world politics in a way I don't think he even imagined. So now we can do stories including the Japanese prime minister. Now we can talk a little more about what's happening in Canada in relation to the U.S. We can talk a little bit more about what's happening with Theresa May in the U.K. and how she's dealing with Brexit because she's meeting with Donald Trump.”

Noah also discussed how his "Daily Show" gig has changed since the election especially in relation to choosing how they current events.

“I know that if you are a Muslim person now in America, before you were on edge but now you are terrified, because you're seeing these dominoes fall toward a point where you are labeled an enemy of the state. If you are an immigrant or a child of immigrants in America right now, you are not in a comfortable space, you are afraid. And so that has definitely changed how we function on the show.”

Noah said adjusting to Trump's uncommon way of presentation has been an issue. Generally speaking, the shakeup in what has been pretty consistent in president of past is not the case with Donald Trump.

“What we started realizing was, Donald Trump, unlike most politicians before him, does not adhere to the regular news cycle. He doesn't communicate through regular channels. So what that means is, you cannot rely on the news remaining the same from the night before until the next evening. Donald Trump will create news in the middle of the day, randomly.”

“You have to re-look at how you do your show. So that's what we started doing, because you want to give the viewers the freshest content. If you're talking about something that happened yesterday and since that time, this guy has declared war on several different groups of people, you want to have that on the show.”

Trevor also noted that the “Fake News” narrative that Donald Trump has presented is leading to anchors and news reporters taking a stand against outlandish remarks about what is real and what is fake.

"The only thing that I"m not a fan of is when some news stations or news anchors make it feel like they're stepping up as revenge because of what Donald Trump is saying about them. That's not why you should be doing it. News should be news, and whether the president likes you or not, you should be delivering the same news."

"Everyone from [George] Stephanopoulos to Chuck Todd to Jake Tapper, you're seeing news anchors that are really, really upping their game. Even people on Fox News like Bill O'Reilly, he hasn't just succumbed to Trump. He calls Trump out. And you can see a lot of the more extreme voices on Fox News starting to hate him for that."

As noted, comedy is more essential than ever in such a turbulent political state. Noah explained why he think's comedy matters in such a time.

“I think it's because a lot of people weren't interested beforehand. We always forget — everyone goes, half the country is Republican, half the country is Democrat. No, half the voters are Republican, half the voters are Democrat. The majority of the country, the bigger chunk than half, just doesn't vote. So there is this huge group of people who were just not interested. And then Trump comes in and he starts affecting everybody. Because during the campaign, he didn't affect everybody. And now, whether you think you're involved in politics or not, when a travel ban hits you cannot say, “I'm not political.” When the effects of Trump's laws start kicking in, you can't say,'Oh, I'm not really into politics.'"

After mentioning that President Obama was a media hit at the podium at a number of White House Correspondent dinners, Noah chimed in on whether or not Trump would be just as good.

And finally, Noah who has had controversial guests before, shed light on whether or not Donald Trump will appear on "The Daily Show."

“I doubt it. Trump is in a world where he truly only wants to associate himself with people that like him. And so, unless 'The Daily Show' turned around and said, 'We're really sorry, Trump, you're actually a really great leader,' I don't think we'll ever see him coming on the show. I don't think Trump has the balls to go on a show where people don't like him.”