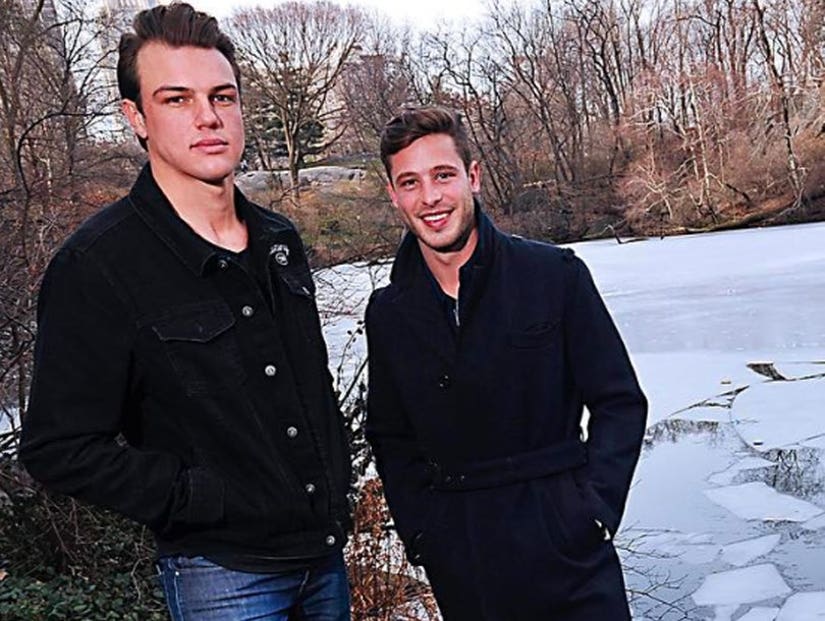 It was as selfie gone wrong for teens in New York's Central Park on Monday night.

Tourist Lourdes Cuevas was taking a stroll through the park when she noticed a group of teens having a good time on the hardened ice. Just moments before she thought to join them, the ice cracked and all seven teens were submersed into the water.

"The teens were playing and sliding over the ice," she said. "My daughter and husband ran for ladders and started pulling people out."

Along with the help of a fellow good Samaritan, the family got a helpful hand from models Bennett Jonas and Ethan Turnbull. The duo said they were skating through Central Park when they saw the family in need of a hand.

7 teens fell into an icy Central Park pond when some good Samaritans (and models) came to the rescue! https://t.co/eNP9UnkwKC

In a video on his Instagram, Bennett Jonas explained what happened and his instinctive reaction to help save the lives of those teens.

"Passing a frozen lake we saw a group of 6 kids go though the ice. We ran over and immediately we're put in the toughest situation I think We will have to go through. 6 kids screaming for help being pulled down by each other, soaking backpacks and huge jackets. I had to make a decision to get in the middle of that or watch them drown."

"My main focus was just to get them all out...It was scary." he said."It was only a matter of seconds and it went from playing, dancing around on the ice, taking selfies to actually being in the water," said Turnbull. "And the water was definitely pretty cold."

All seven individuals were taken to the hospital where they were treated for severe cases of hypothermia, all expected to survive.