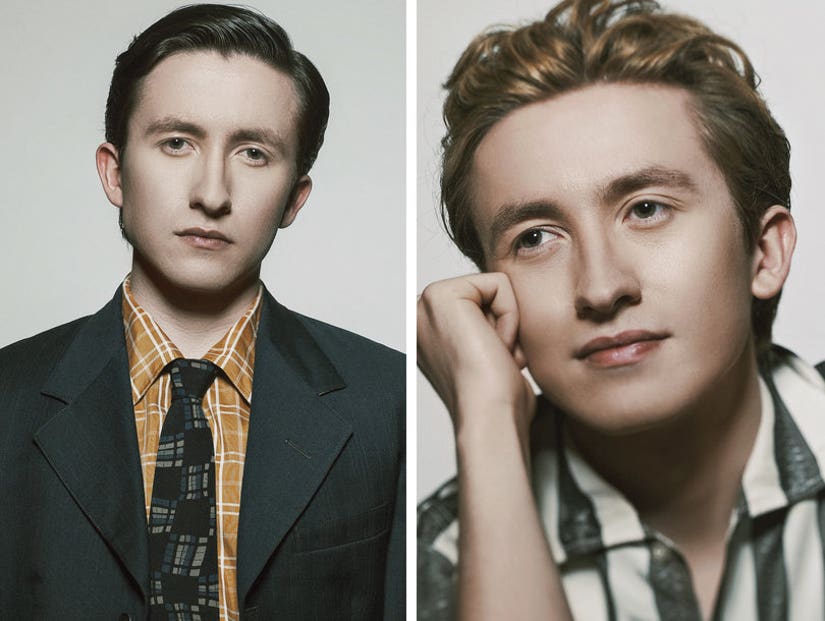 Rock and roll in the '50s was known for its immersion of whites and blacks in music and the conflict that it brought on, but the genre wouldn't be anything without Sam Phillips' desire to tell meaningful stories through music with his small label called Sun Records. A label which signed legendary artists who are all now immortalized in the Rock and Roll Hall of Fame.

TooFab's Madison Brodsky spoke with the British twin actors Christian and Jonah Lees, who landed the dream roles of Jerry Lee Lewis and Jimmy Swaggart in the series, about stepping into the shoes of these iconic artists.

“The writers did a great job,” Christian Lees, who plays Jerry Lee Lewis said. "We're both very hard workers and we did a ton of research from watching movies and YouTube videos to reading books.”

The series debuts Thursday, Feb. 23 with the real Jerry Lee Lewis narrating the beginning of the first scene.

And because of the participation from Lewis, his wife, son and Johnny Cash's brother that the famed musicians' private stories will finally be revealed on the CMT series.

Finally met the man I've been playing for the past 3 months. Ladies and gents..The killer himself; Jerry Lee Lewis. pic.twitter.com/NohQRveT5h

"It was a surreal moment [meeting Jerry] because I was literally studying and becoming the man who was standing right in front of me,” Christian told TooFab.

The 21-year-old actor put his blood, sweat and tears into developing Lewis' character, even to the extent of bloodying up his fingers from over practicing the piano.

Lewis eventually watched a video of the twins playing his music and told Christian, "I think you're going to do alright, son."

When asked about the most interesting parts of their conversations with Lewis, Christian couldn't help but talk about the close relationship Jerry had with Elvis Presley. 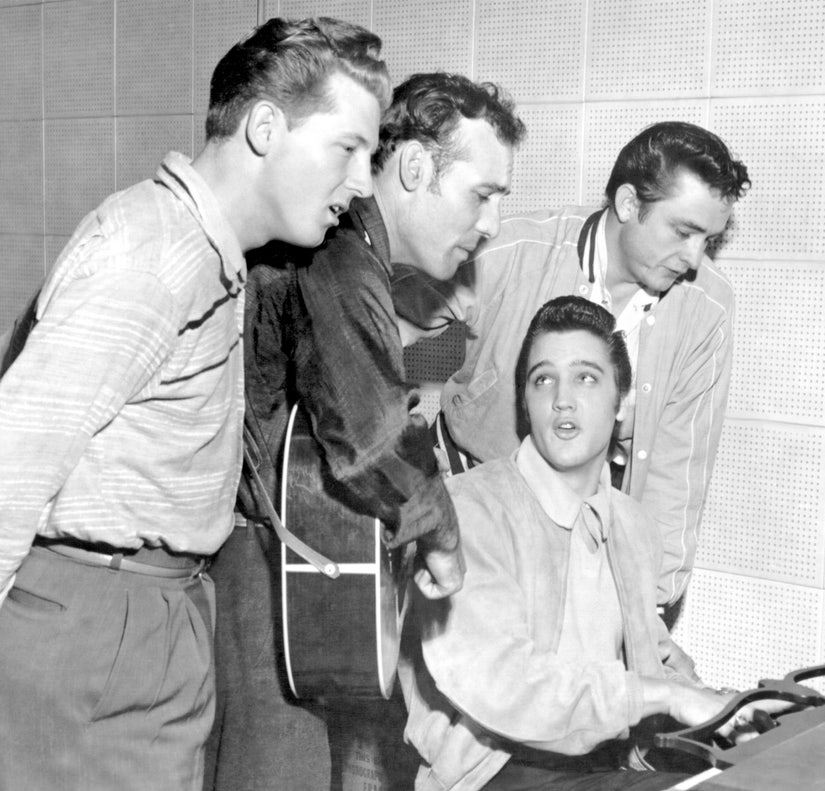 "He said they were friends and when you hear their names you don't think of them as friends, but he was telling me all these stories and calling him by his first name,” Christian said. “I think the biggest thing you can look forward to is the fact that you are watching the legends really before they reach fame. We are telling the stories that nobody has ever heard before.”

One of those tales includes the famous Gates of Graceland story where people thought Lewis drove up to Elvis' home in his new Rolls-Royce Silver Shadow to kill the King of Rock, but Jerry confessed to the twins the real reason he showed up to Elvis' home unexpectedly.

Apparently, Elvis was calling Lewis constantly to meet up and hang out, but Jerry was so busy with his music. Lewis couldn't find time until the early morning of November 23, 1976 to head to Presley's house when he was on his way home with his girlfriend and there was a pistol on his car's dashboard. The sight of the gun startled Elvis' security, who then woke up The King to call the police for Lewis' arrest.

Christian told TooFab that Lewis promised them "he was really only going to visit Elvis because Elvis had called him so many times, but he showed up unannounced, which probably wasn't wise. The whole thing was just a big misunderstanding and he got arrested that night because the gun on his dashboard made everyone blow it out of proportion."

See More: Riley Keogh Reveals What It's Like to Grow Up As One of Elvis' Grandkids

The twins both believe the show transcends generations because older viewers will relate to the nostalgia, while younger viewers can discover who these legends are for the first time.

Jonah revealed that he learned a lot about what it takes to be a person of faith while researching his role of Jimmy Swaggart, and uncovered a relatable comfort in the relationship between cousins Lewis and Swaggart. 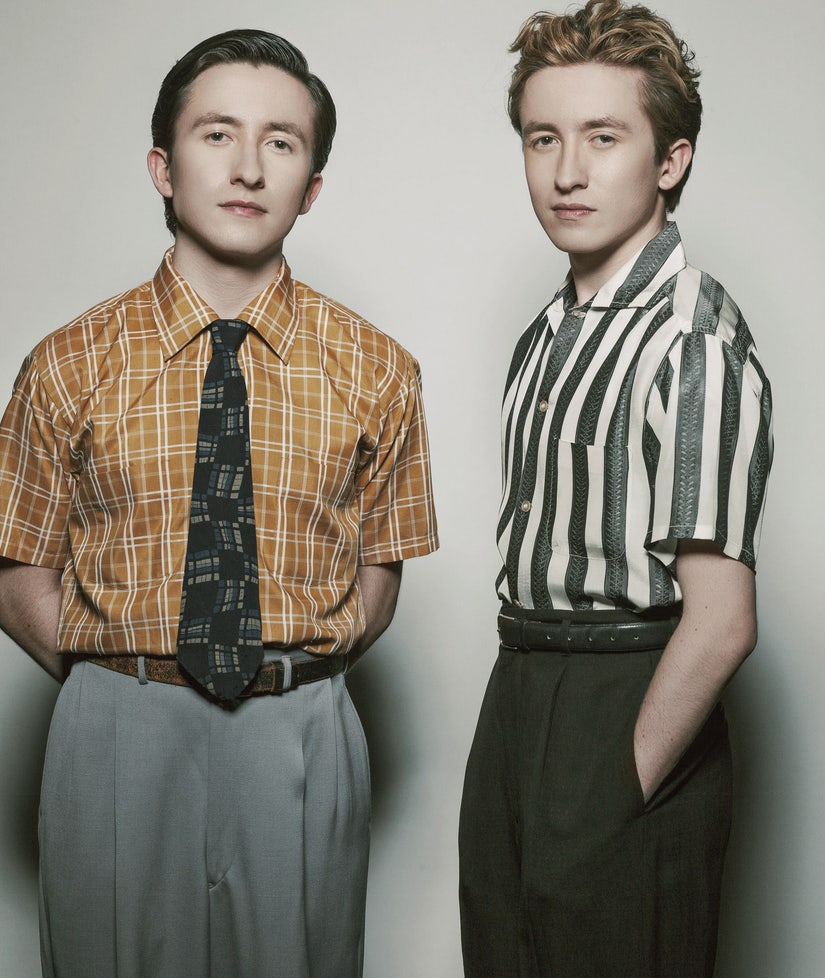 "There is this unsaid competition that goes on between the two icons and watching how they dealt with that competition made me learn more about my relationship with my twin brother because we also compete with each other by going up for the same roles within the same industry," Jonah told TooFab.

The show explores all of the complex relationships, while also taking on social issues such as racial tensions that the artists dealt with when first breaking into the music industry.

See More: Trump Elected President -- & Celebrities Are Not Having It

“I think what is shocking is that you wish racial issues was already solved, but it isn't,” Jonah said. “We're still dealing with these issues and it's really sad because even back in that time these icons were color blind so I'm happy we're highlighting the issues now to show people how much has really changed since the '50s.”

At the end of Christian's meeting with Lewis, the two shared a special moment as Lewis looked into Christian's eyes and said, “you do me proud, boy.” 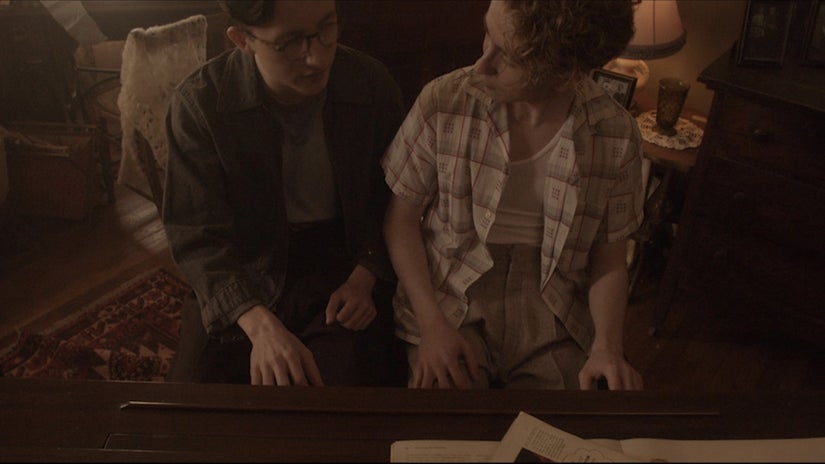