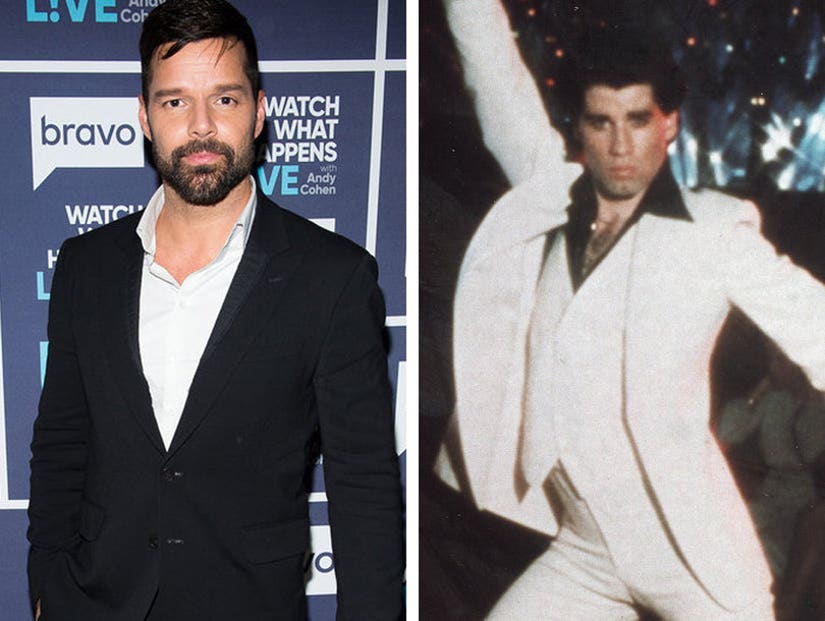 The gay singer told Andy Cohen on Wednesday's "Watch What Happens Live" that the scene awakened his feelings for members of the same sex.

"Saturday Night [Fever] with John Travolta," Martin said when a viewer asked who his "first celeb guy crush" was. "And that underwear scene where he stands up, sits down and he ... even puts it in order."

"I saw that movie back then like eight times and I didn't know why," Martin said. "I never told him 'You were my first crush.' "

Martin even demonstrated how Travolta rearranged the baggage in the scene so it'd fit in the trunk properly, reinforcing the point that this was the time of his sexual awakening.

See more: Ricky Martin Pens Emotional Open Letter on Orlando Shooting: Be Strong and Do Not Surrender to Fear