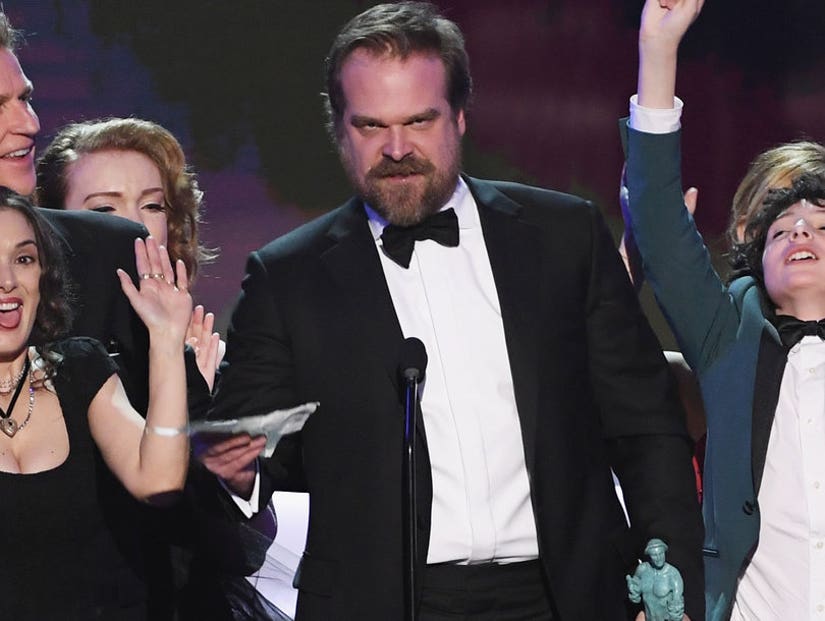 “Stranger Things” actor David Harbour has a major issue with reality TV shows: They're contributing to society's negative perception of actors who speak their mind.

“I think actors and artists have an obligation to speak about where we are culturally at this moment in time and where we would like to take the culture,” he told the New York Daily News.

He told the publication at the Writer's Guild Awards earlier this week that he thinks reality TV influences the public to think that all actors are self-absorbed, self-righteous and out of touch with the world around them.

“These reality shows are contributing to a narcissism that as artists we have to battle against,” he said.

But actors, like Meryl Streep, are facing steep backlash from a portion of the American public who firmly believe entertainers should focus on entertaining, not commenting on politics or current events. In fact, a recent poll conducted by the Hollywood Reporter showed 66 percent of Trump supporters surveyed turn off award shows when speeches get political. Harbour has no solace for those viewers frustrated by Hollywood stars exercising their First Amendment right to speak freely on issues they care about.

“If they have a problem with that, I don't really know what to say to them,” he said.

In January, the 41-year-old TV star called upon people with and without influential platforms to speak out against injustice during his acceptance speech on behalf of the cast of “Stranger Things” at the Screen Actors Guild Awards. But despite headlines that interpreted it as another political statement at a Hollywood awards show, he's arguing otherwise.

“It was interpreted politically, but the speech was cultural,” he said.

“It's funny that everyone's taking the speech to be political because I think everything we do is political,” Harbour said to Vanity Fair the day after his culturally driven call to action was heard 'round the world. “I don't think there's any separation. And obviously, I'm responding to the times I'm in, but the speech itself doesn't really mention politics or policy in any way."

Harbour said his intention was to “make people feel not alone," directing his message to "freaks on any side of any aisle in any way."

“If you are misunderstood,” he added, “I want you to know that I feel the same way.”

Harbour's speech from Jan. 29 might have included the greatest run-on sentence of all time:

In light of everything that's going on in the world today, it's difficult to celebrate the already celebrated 'Stranger Things,' but this award from you, who take your craft seriously, and earnestly believe like me that great acting can change the world, is a call to arms from our fellow craftsmen and women to go deeper, and through our art to battle against fear, self-centeredness and exclusivity of our predominantly narcissistic culture, and through our craft to create a more empathetic and understanding society by revealing intimate truths that serve as a forceful reminder to folks that when they feel broken and afraid and tired, they are not alone.

More likely than not, Sunday's Oscars will be inundated with similar calls to action and political - or, uh, cultural - speeches. Stay tuned.