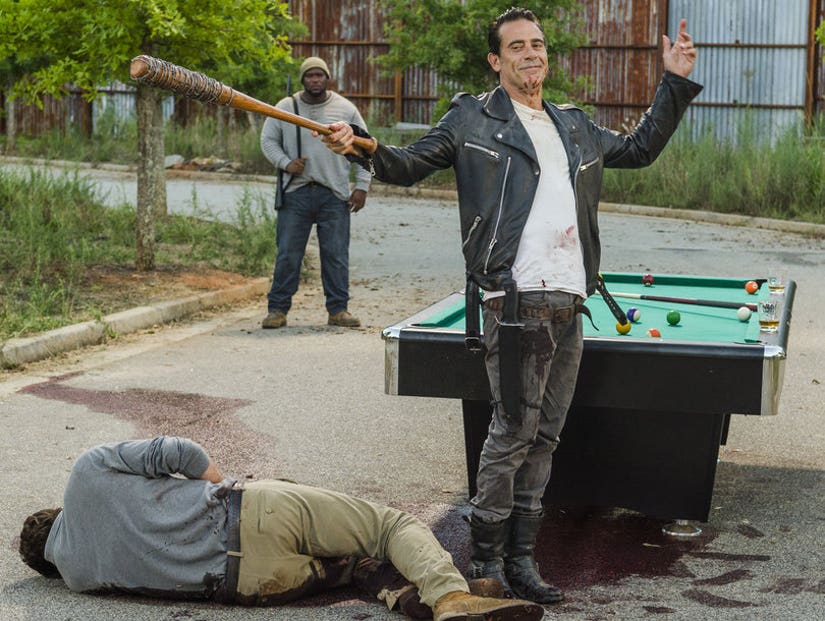 "Holy crap people are stupid," the actor who plays Negan on the AMC show wrote on Twitter in reaction to news that a shirt plastered with his character's dialogue and his murder weapon of choice - a baseball bat named Lucille - was removed from a UK retailer due to a complaint.

The quote is a reference to Negan's introduction on the show earlier this season, when he kept viewers in suspense as he decided which of the "Walking Dead" protagonists he would kill off with Lucille.

See more: 'The Walking Dead': Who the F--k Was That And 4 Other Burning Questions From Mid-Season Premiere

A customer named Ian Lucraft fired off a letter to retailer Primark to complain the shirt was “racist” and “fantastically offensive.” Why? Because although the phrase is part of a classic children's rhyme - "Eeny, meeny, miny, moe/Catch a tiger by the toe/If he hollers, let him go/Eeny meeny miny moe" - racists have historically replaced the word "tiger" with the N-word.

“We were shocked when we came face to face with a new t-shirt with a racially explicit graphic and text,” Lucraft told UK publication the Warwick Courier. “It was fantastically offensive and I can only assume that no one in the process of ordering it knew what they were doing or were aware of its subliminal messages.”

See more:'The Walking Dead' Is All About That Reunion - 4 Burning Questions from 'New Best Friends'

“It is directly threatening of a racist assault, and if I were black and were faced by a wearer I would know just where I stood," he added.

In response, Primark released the following statement: "The t-shirt in question is licensed merchandise for the U.S. television series, 'The Walking Dead,' and the quote and image are taken directly from the show. Any offense caused by its design was wholly unintentional and Primark sincerely apologizes for this. Primark has pulled the product from sale."

Take a look at the shirt in question below.