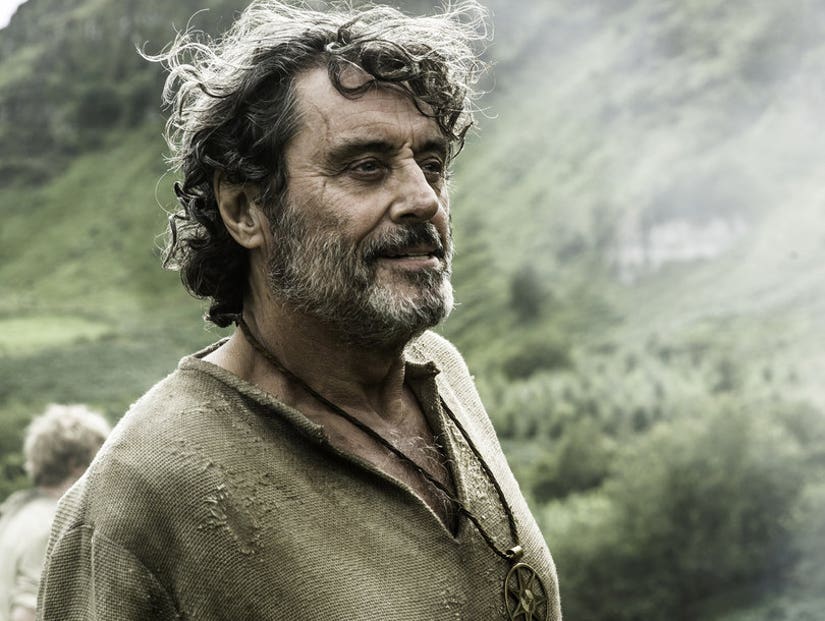 (Warning: This post contains "Game of Thrones" spoilers, if you're not caught up on the series)

He said it to angry fans before appearing on the hit HBO fantasy series in a very short-lived role and now he's said it again: "Get a f--king life."

In the April issue of Empire magazine, the veteran actor reflected on last year's outrage from fans when he said in an interview that the character he would be playing (Brother Ray) would be "responsible for bringing somebody back that you think you're never going to see again."

See more: Most Shocking TV Deaths of All Time (Photos)

With the internet buzzing about Jon Snow theories at the time, many were worried any surprise of the fan-favorite character's return was spoiled. It turned out McShane shared the screen with another long-lost character, The Hound.

“Can you believe it? 'Oh, you're giving it away,'” McShane said in the new Empire interview, according to Entertainment Weekly. “Firstly, you love it and secondly, you'll have forgotten by the time it comes out. And what am I giving away? A character beloved by everybody returns. Get a f--king life."

"The show is huge but some fans seem to identify with it [too closely]," he added. "You want to say, 'Have you thought about your lifestyle? Maybe you should get out a little more.'”

See more: Oscars Predictions: TooFab's Picks for Who Will Win and Who Should Win

In response to fan outrage last year, McShane took a similar tone: “You say the slightest thing and the internet goes ape. I was accused of giving the plot away, but I just think get a f--king life. It's only tits and dragons.”

McShane's character appeared on one episode, "The Broken Man," and didn't make it past the end credits. He's currently back on the big screen in "John Wick: Chapter 2" and will play Mr. Wednesday in upcoming Starz series "American Gods."