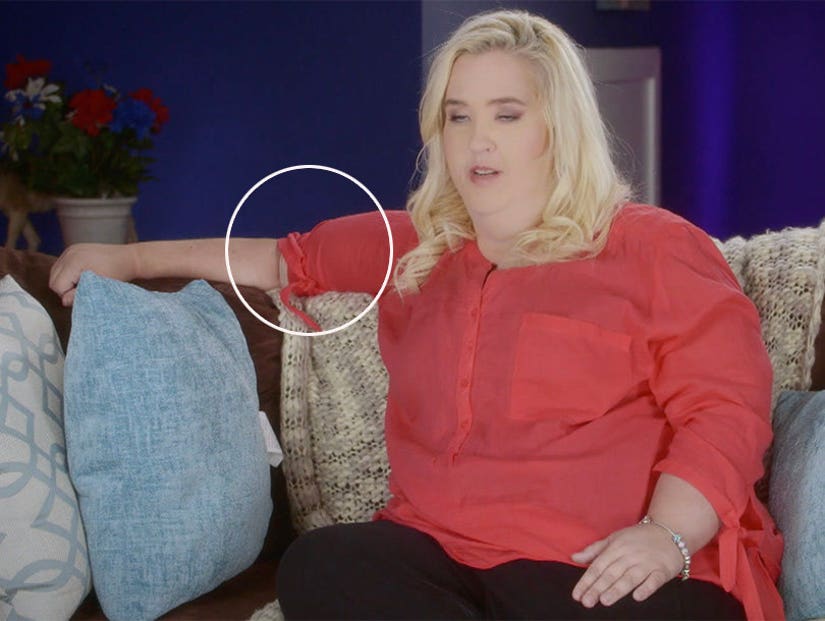 June Shannon's new show, "Mama June: From Not to Hot" premiered Friday night on WeTV and fans on Twitter were theorizing that Mama June actually lost the weight before the show and was wearing a fat suit during shooting.

Revealing that motivation for the weight loss was to spite her newly engaged ex Sugar Bear, Shannon embarks on a journey of exercise, healthy eating and dieting in order to snag a "hot date" for the wedding.

On her first date, Shannon's date Jeff ends up walking out of the restaurant midway through their date, clearly disinterested. "What's the point?" he's filmed asking a show producer.

"I just decided it was time for a change, to be more healthy and to do something for myself because I do so much for everybody else," Shannon told TooFab in an exclusive interview about her decision to get healthy. "At first, people were saying, 'You're losing weight, you look great' and I just ran with it."

Fans of Shannon and her family reacted positively to the show, but many of them accused the reality star of wearing a fat suit and heavy prosthetic makeup to drum up extra interest in the show.

"Mama June: From Not to Hot" airs Fridays at 10 p.m. ET on WEtv and you can watch the premiere episode "Thin-tervention" here.

Read more: Mama June 'Very Happy' After Weight Loss -- 'I'll Never Go Back to Where I Was!' (Exclusive)

See Twitter's reaction to Shannon's appearance on "Mama June: From Hot to Not."

Who does @WEtv & the makers of this show think they're fooling . That's a fat suit #MamaJune pic.twitter.com/sosWj3jw55

I was hoping somebody in this hashtag would have come through with the after pics but it's all pictures of her in a fat suit #MamaJune pic.twitter.com/VC2QBmtVo9

It wasn't you Mama! Maybe the prosthetics turned him off. I mean, Gwyneth got Hal! #mamajune pic.twitter.com/uFqkp5UG5l

The prosthetics work is horrible. They should gotten the custume designer from The Nutty Professor or Norbit. #MamaJune #hotmess

You can tell some 'before' surgery scenes were filmed after it (besides obvious weight loss) by fake neck & much blonder hair. #MamaJune