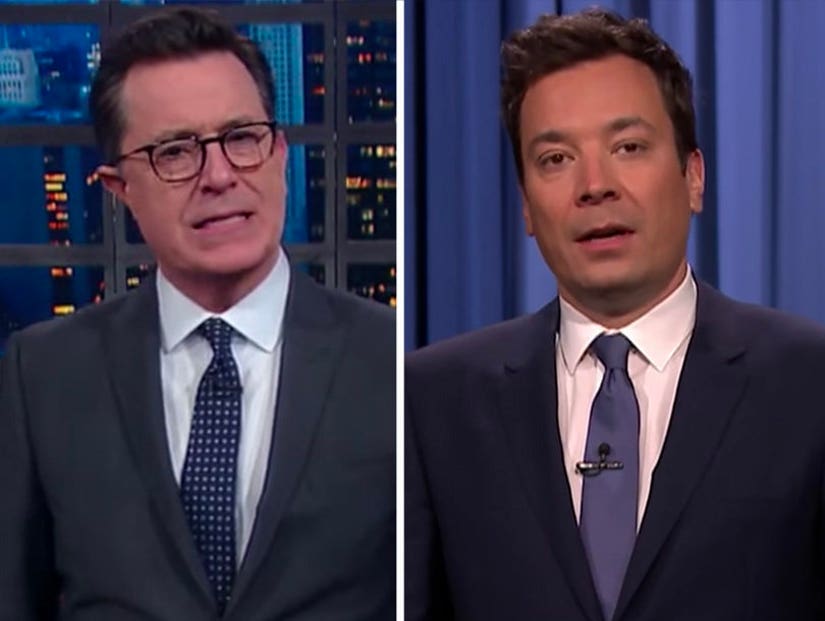 Stephen Colbert and Jimmy Fallon both mocked President Donald Trump on Friday night for his inability to articulate.

"I'm not sure if he means 'top dog' or 'leader of the pack,' but either way, he is not the sharpest knife on the Christmas tree," Colbert said, referencing the president's hopes that the U.S. will be leader in the nuclear arms race.

Watch the two segments from "The Late Show With Stephen Colbert" and "The Tonight Show With Jimmy Fallon" below.

TRUMP STRUGGLES WITH WORDS, AS TOLD BY COLBERT

Reviwing this week's Trump headlines, Colbert illustrated how the president seems to sometimes struggle with words.

He said: "It's like the Cold War all over again, except everybody's on Russia's side."

See the rest of the segment in the video above.

"Today President Trump gave a big speech at CPAC," Fallon said, "but I guess foreign interpreters are having trouble translating his speeches because they say it sounds like he's speaking his own language."

Fallon joked: "Trump is so hard to understand, he's thisclose to deporting himself."

"Rosetta Stone just released a new program to help people learn Trump-ese," he said before introducing a spoof of the language-learning software.

See the spoof in the video above.