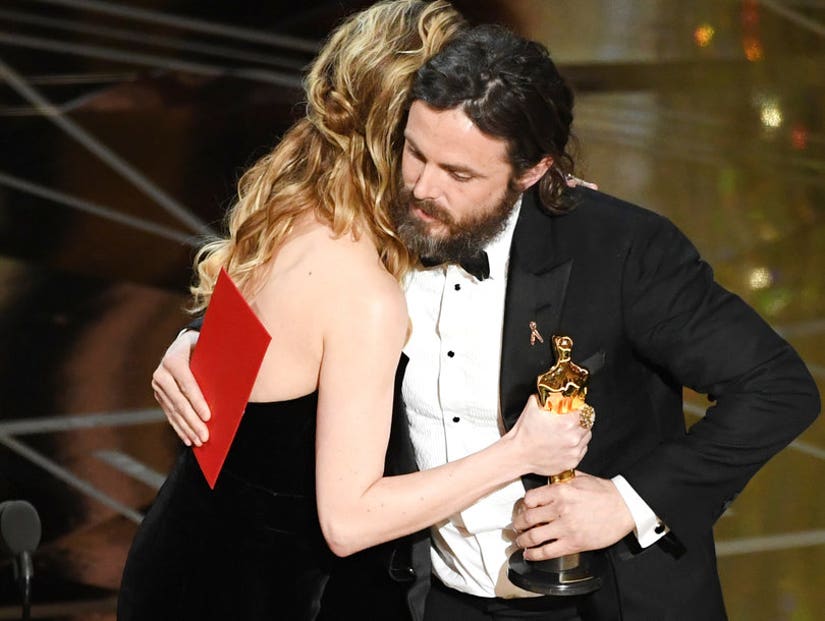 Not everyone was gung-ho about Casey Affleck winning Best Actor for his role in "Manchester by the Sea," especially advocate for sexual assault victims Brie Larson, who presented him with the award.

Last year, Larson won the Oscar for Best Actress for her role in "Room," a film in which she played a woman that viewers discover was physically and sexually abused, so it's not shocking she refrained from any congratulatory clapping while Affleck gave his acceptance speech. And Larson's lack of enthusiasm didn't go unnoticed.

Affleck made headlines in 2010 after two women filed lawsuits accusing the actor of sexual harassment. The cases were settled out of court, but the allegations semi-surfaced in the media this past year once Affleck became a serious Best Actor contender. The media coverage of Affleck sparked debate among fellow journalists with some feeling the allegations were being swept under the rug in comparison to how Nate Parker's past rape allegations were covered when his film "Birth of a Nation" was garnering Oscar buzz.

Sunday night also wasn't the first time Larson was stuck presenting an award to Affleck. The actress didn't even hug him when she presented him with the Golden Globe for Best Actor in a Drama earlier this awards season.

Since her work in "Room," the 27 year old has been a vocal women's rights advocate and a champion for sexual abuse victims all around the world. She even shut herself away prior to shooting "Room" to meet with several psychologists in an effort to dive deep into the feelings and emotions of a sexually traumatized woman, so it makes sense that she'd choose to keep quiet on the sidelines of the Oscar stage.

Sometimes, silence speaks louder than words. And sometimes, Twitter is vocal enough for everyone.

we live in a world where sexual predators win presidencies and Oscars. Come on 2017. #Oscars #CaseyAffleck

Rage against words Trump said. Rage against actions Casey Affleck did. Fight abuse at any chance you have. End abuse. #oscars

Not so happy that men can sexually assault and abuse women and keep being honored.#MelGibson #CaseyAffleck

So, in the USA when u get accused of sexual harassment 2 things happen: either you win an Oscar or you get elected President. #CaseyAffleck

"Nobody's perfect" but not everybody sexually assaults women #CASEYAFFLECK #Oscars

Everyone's talking about a sexual predator winning in some huge upset & I was sure it was about the election. #Oscars #Trump #CaseyAffleck

NO CANDY FOR RAPISTS. #CaseyAffleck #Oscars

Everyone is NOT rooting for #CaseyAffleck. Especially sexual assault survivors all over the world, right @WomenNMedia ?! #Oscars SICKENING! pic.twitter.com/3LIQOwN73E

NO. EVERYONE. IS. NOT. ROOTING. FOR. #CaseyAffleck, woman interviewing & falling all over him on @ABCNetwork!! 🤢 #Oscars