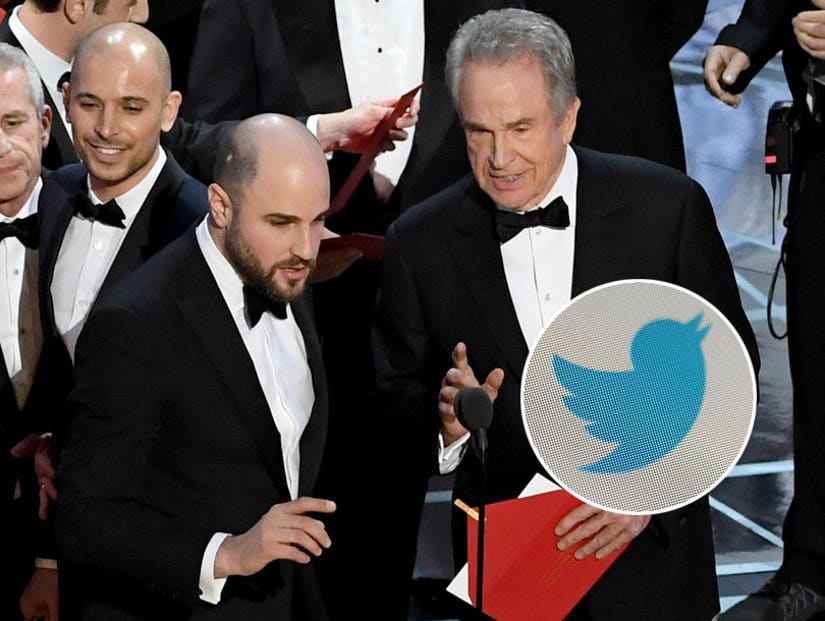 The Oscars ended with a historic Best Picture fail Sunday night, and the world is waking up Monday morning to a goldmine of hilarious reactions on Twitter.

In case you missed it, Warren Beatty and Faye Dunaway announced "La La Land" as the Best Picture winner, and it wasn't until the musical's entire team took the stage to accept the award that it was revealed that "Moonlight" was the actual winner of the coveted Oscar.

While we still have questions about what exactly happened and how Beatty ended up with the wrong envelope, at least we have memes.

See more: The Only 11 Oscar Moments Anyone Really Is Buzzing About

Take a look at the best LOL-worthy reactions to the awkward Oscars moment below.

They are going to say La La Land, but Moonlight is actually going to win. #Oscars pic.twitter.com/g33c0gjvLx

If only this had been how things had turned out on November 9th.

this is basically wat happened pic.twitter.com/EShJ5xv3sB

The conspiracy theories about this envelope mixup are gonna be lit

DEAR LORD WHY COULDN'T THAT HAVE HAPPENED WITH THE ELECTION

I wrote the ending of the academy awards 2017. @jimmykimmel we really got them!

Just when you thought #Moonlight was dead pic.twitter.com/utubHcXyN9

"I actually thought Manchester By The Sea was going to win best picture" pic.twitter.com/dtMgG55T4C