The “Vanderpump Rules” crew end their boozy bachelor-bachelorette New Orleans trip in the most adult way possible – by playing spin-the-bottle.

In a sneak peak of Monday's episode, groom-to-be Tom Schwartz spins the bottle first and it points to none other than BFF Tom Sandoval.

“This is the last time I'm gonna kiss someone else as a single man,” Schwartz says to the Bravo confessional cam. “My last kiss is gonna be with Tom Sandoval.”

Before the two seal their best bromance forever with a pre-wedding smooch, Sandoval yells, “No tongue!”

Stassi then spins and lands on Peter, which is ironic because they actually dated in 2010.

"Kissing Stassi again is weird," he tells the cameras.

Peter then kisses Ariana, who then kisses Jax. Then Brittany kisses Scheana, Sandoval kisses Katie and ONE pair of lip lockers even goes for round two.

"You see this?" Schwartz says. "This is what the bachelor party was supposed to be like from the beginning." 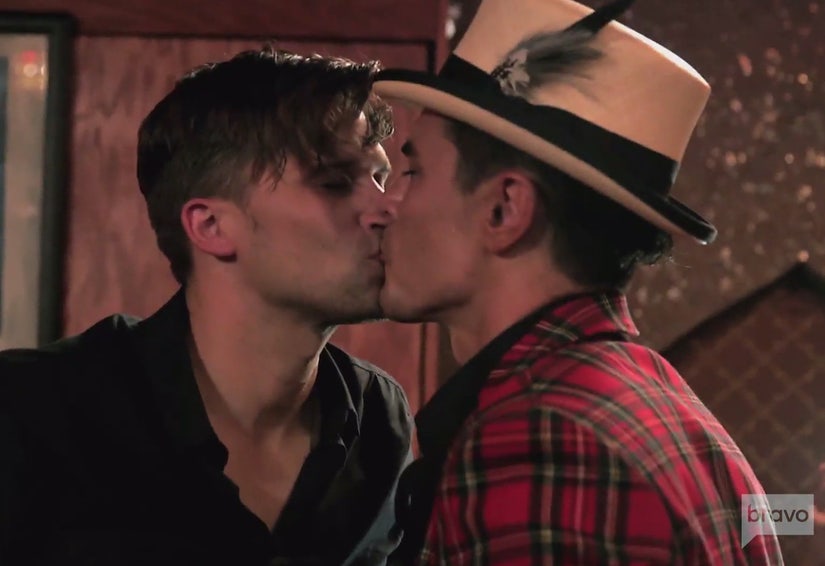