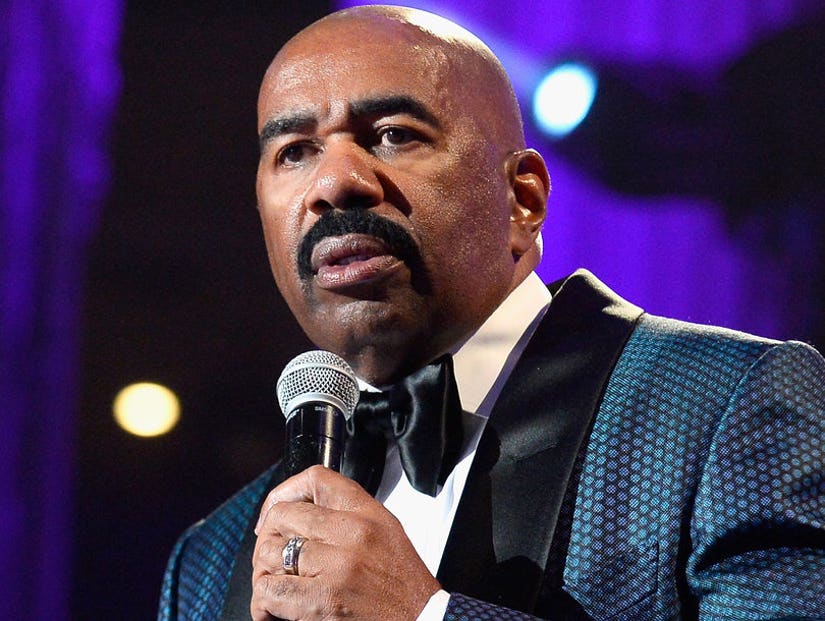 But Harvey claimed on Twitter Monday morning to have slept through the historic Oscars fail, which will forever live in awards show infamy.

"Good morning everybody! Went to sleep early last night. So... what I miss? #Oscars," he tweeted.

Harvey added in a second tweet, "Call me Warren Beatty. I can help you get through this! #Oscars."

Good morning everybody! Went to sleep early last night. So... what I miss? #Oscars

Call me Warren Beatty. I can help you get through this! #Oscars

In an unbelievable ending to an otherwise predictable Academy Awards ceremony, former "Bonnie & Clyde" co-stars Dunaway and Beatty announced that "La La Land" had won Best Picture over "Moonlight." Oscars producers rushed the stage to correct the mistake, which was apparently caused by someone handing Beatty the wrong envelope. Instead of the Best Picture winner, Beatty was holding the envelope containing "La La Land" star Emma Stone's Best Actress win.

Kimmel tried to make light of the situation and grabbed the mic to joke, "Personally, I blame Steve Harvey for this."

Watch entire awkward moment unfold in the video below.