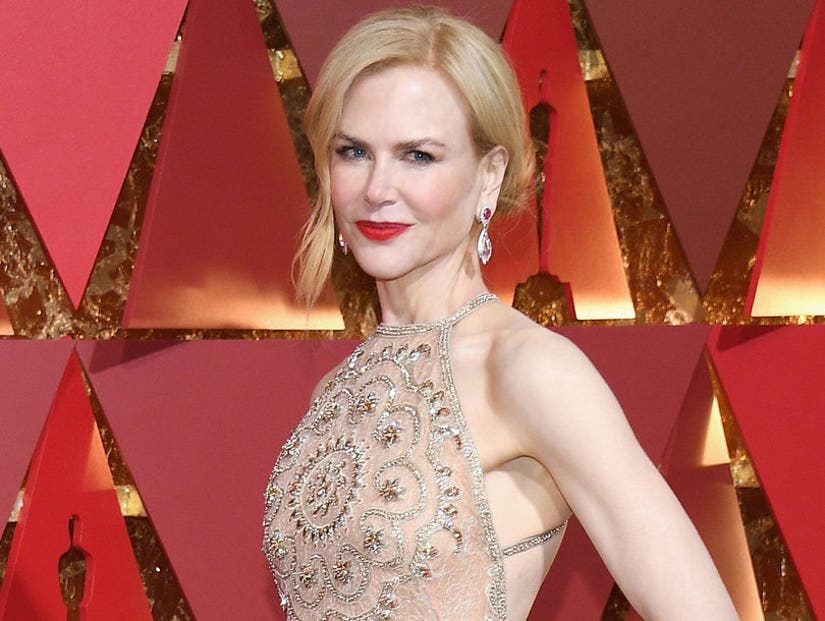 In a less obvious "WTF" moment than the Best Picture flub of the century during Sunday night's Oscars, more than a few people on Twitter noted that Nicole Kidman claps awkwardly.

The "Lion" star, who was nominated for Best Supporting Actress, was caught on camera doing a bizarre clapping motion that the internet did not let her forget.

Why does Nicole Kidman clap like The Grinch?! pic.twitter.com/dhzN7Og8xC

why do nicole kidman's hands look like a malfunctioning sims' pic.twitter.com/7RS50v64DJ

I fell asleep before the end of the #Oscars . Did Nicole Kidman's nails dry?

I had a nightmare about Nicole Kidman's weird clap... pic.twitter.com/TtT20jKUju

Come on guys, give Nicole Kidman a break, that's how I make my manicure dry faster too. #Oscar2017 pic.twitter.com/FO3lJthf0R

Folks, Kidman is clapping like that bc she has big honking rings on each hand.

Has Nicole Kidman never seen anyone clap before?