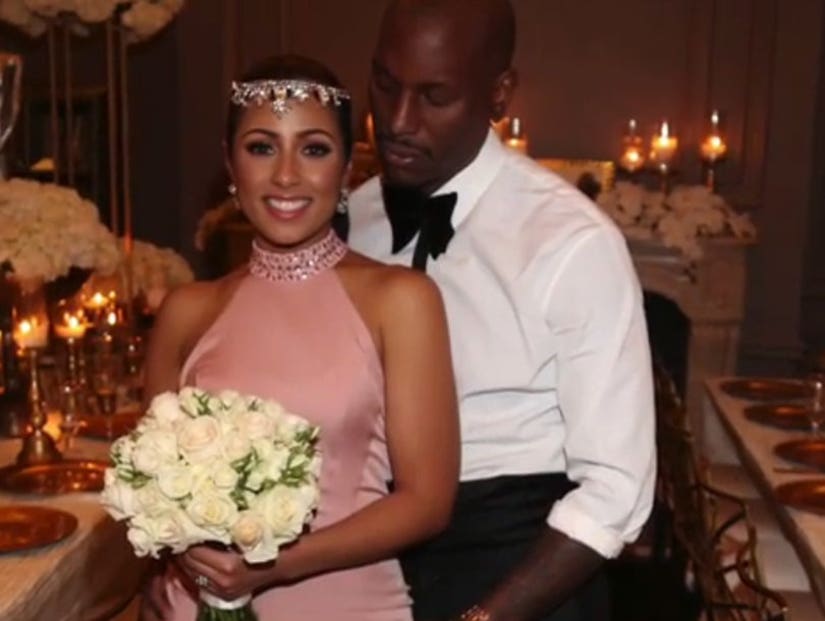 Two weeks after tying the knot, the "Fast & Furious" star revealed his secret nuptials on Instagram with a video from the big day. Gibson's rep confirmed the news to TooFab.

"Mark 10:8 And the two will become #OneFlesh, Mr & Mrs Gibson," he captioned the clip, which shows his beautiful bride in a pink dress and bejeweled headband.

"On Valentine's Day February 14 We Said Yes," reads text that displays over the video. "They say a happy wife equals a happy life."

"The best way to express your love towards this blessed union is to keep us covered in prayer," it added.

No word yet on his wife's identity, but congrats!