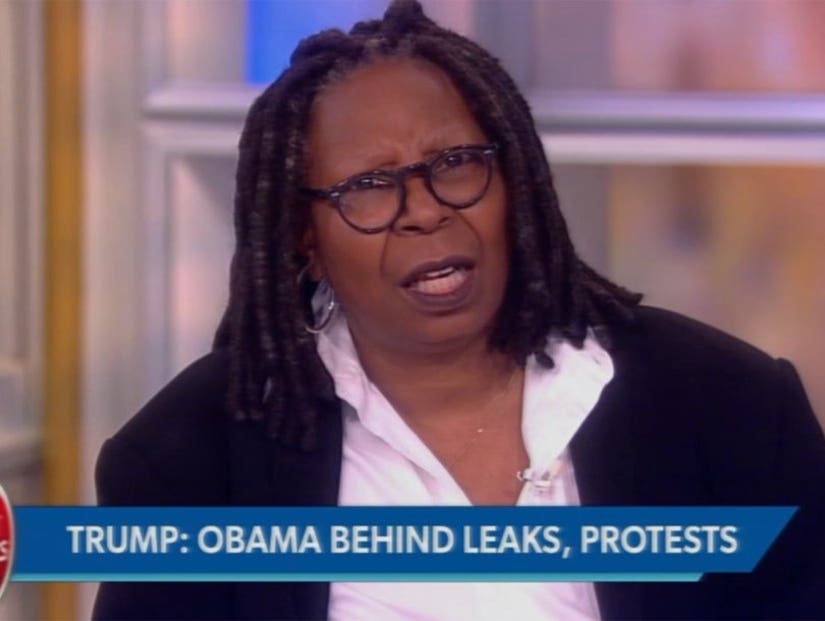 Donald Trump is crazy if he thinks Barack Obama has the time to coordinate a network of White House spies, according to Whoopi Goldberg.

During Tuesday's episode of "The View," the women were all over Trump's accusation the former President was behind leaks within his administration.

"Obama's been chilling in the caribbean with Richard Branson, taking his daughter to Broadway shows and still somehow found time to lead an underground resistance," Whoopi said. "It's like, come on now, come on dude!"

"I think that President Obama's behind it because his people are certainly behind it," Trump told Fox News in interview that aired Monday night. "Some of the leaks possibly come from that group, some of the leaks which are very serious leaks because they're very bad in terms of national security."

Goldberg also thought the idea that "people are hiding downstairs," spying on him, was hilarious.

Jedediah Bila agreed, saying you "can't blame the former president who's out of office and looks like he's clearly enjoying his life." She also showed support for protestors popping up at town hall meetings, saying "I may not agree with any of these groups' agenda, but I will defend to the death their right to exist and their right to protest a president they don't agree with."

"There's nothing in that suitcase," Whoopi deadpanned. "They know who's holding it."

"He needs to feel victimized," she added. "He feels he's being victimized and he wants to blame Obama. Ain't nobody going for that dude!"