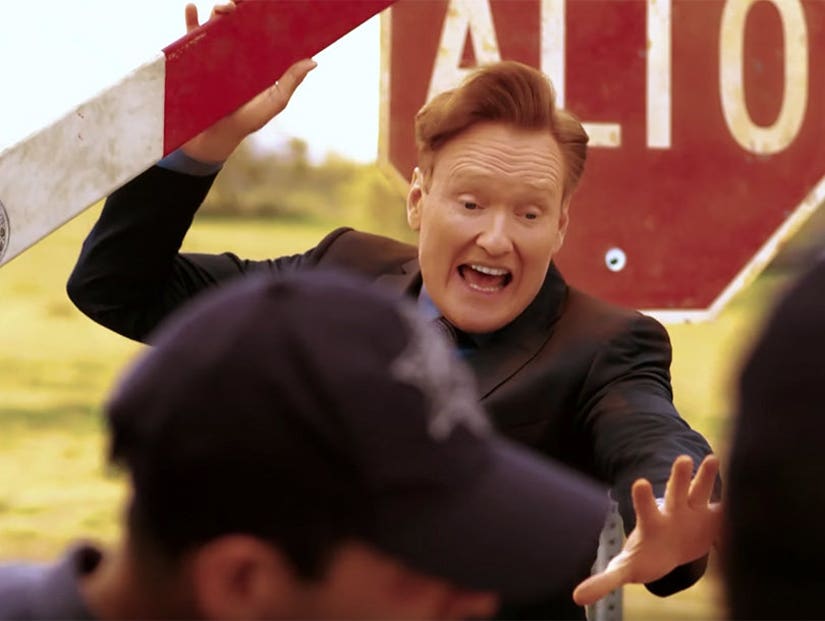 "Conan Without Borders" aired from Mexico on Wednesday and not all of the night revolved around funny jokes about President Donald Trump's wall and dodging border patrol.

"I've talked to many, many Mexicans since I arrived, and this is the biggest feeling that I get from them -- they feel misunderstood and their feelings are hurt," the late-night comedian said. "They've heard these things that were said at campaign rallies and I've spent a lot of time trying to explain to them that many people in the United States love the Mexican people. This is a misrepresentation of how people feel."

Reaffirming that show's premise was much more serious than a simple traveling TV show, O'Brien said: "I'm really interested in comedy as diplomacy."

"There are a lot of people in their own echo chamber; they're on the internet, they get worked up, they listen to one news network," he said.

Explaining that people get "disconnected" from humanity, O'Brien said that it's a problem that "can be overcome if enough of us make an effort."

Later during the episode O'Brien turned the tables on the United States preventing Mexicans from crossing the border and spoofed himself being turned away from the Mexican border by officials.

"Clearly they're not sending us their best," one of the Mexican officials said as O'Brien showed the officers footage of his shows. "You might just be one of those 'bad hombres,'" the official continued, jokingly echoing the president's sentiments.