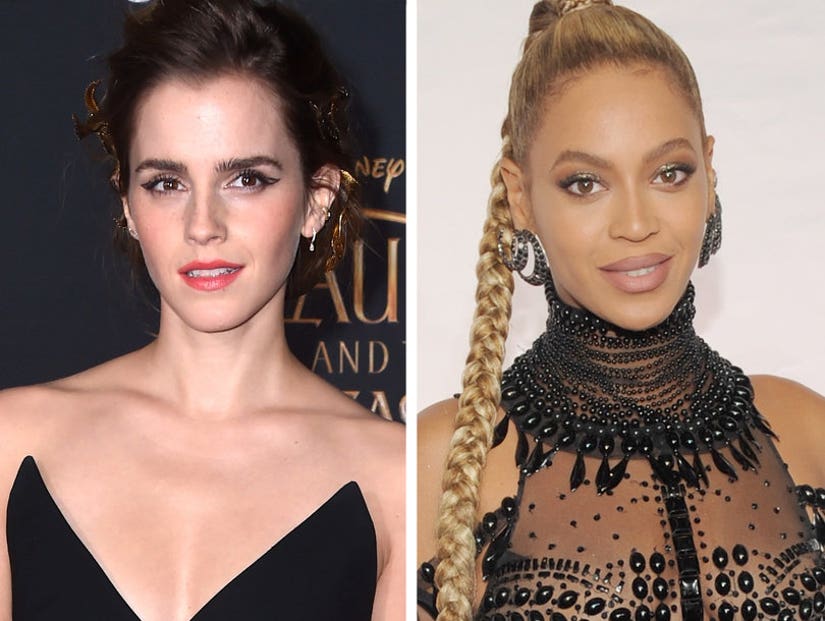 After Emma Watson hit back at critics questioning her feminism because of racy underboob shoots in Vanity Fair, the actress is now being slammed as a hypocrite by Beyonce fans.

Watson's comments about Beyonce's self-titled album from a 2014 interview in Wonderland Magazine resurfaced online on Sunday.

“As I was watching it, I felt very conflicted," Watson told the publication. "I felt her message felt very conflicted in the sense that, on the one hand, she is putting herself in a category of a feminist, but then the camera, it felt very male — such a male, voyeuristic experience of her.”

The Beyhive was buzzing with cries of hypocrisy over what they deemed contradictory remarks from Watson during a BBC interview that was published Saturday in which she defended the VF spread.

Watson first came under fire on Thursday for the VF shoot and was called a bad feminist for showing off her body.

See more: Ariana Grande and John Legend's 'Beauty and the Beast' Music Video Is Nothing Short of Magical

Emma Watson: "Feminism, feminism... gender wage gap... why oh why am I not taken seriously... feminism... oh, and here are my tits!" pic.twitter.com/gb7OvxzRH9

But, as many users on Twitter have pointed out, if Watson claims that feminism is about freedom and liberation, how can she call out Beyoncé for representing feminism the way that she wants to?

Many are also calling out Watson for her hipocracy on the topic, claiming this to be a true condition of "white feminism" wherein women of color are heavily criticized for the way they represent feminism, while white women are defended for the way they choose to represent it.

fuck Emma Watson for shaming Beyoncé and discrediting her feminism for being sexual; and then turning around to do a topless shoot though.

Emma Watson telling Beyonce to cover up and saying she's not a feminist and then posing topless is so white feminist it's sad pic.twitter.com/OqXSLQCQt8

I mean if Emma Watson really did change her mind on some things and her feminism I want a public apology to Beyoncé pic.twitter.com/ZwtEj7n6TA

Emma Watson talking bout how unfair of people to criticise her feminism cause of her body... after critisicing beyonce for showing her body pic.twitter.com/3hMY4nNfDb

I had totally forgot Emma Watson said that shit about Beyoncé. Funny how that hypocrisy always reveals itself.

@emrata @EmmaWatson She said the exact opposite when Beyonce was concerned. Where do you stand?

How soon you forgot accusing Beyonce of being a hypocrite feminist? You're doing the exact same thing! @EmmaWatson

So Emma Watson had a revealing Vanity Fair shoot, but wasn't she the one that complained about Beyonce being "too revealing" for feminism?