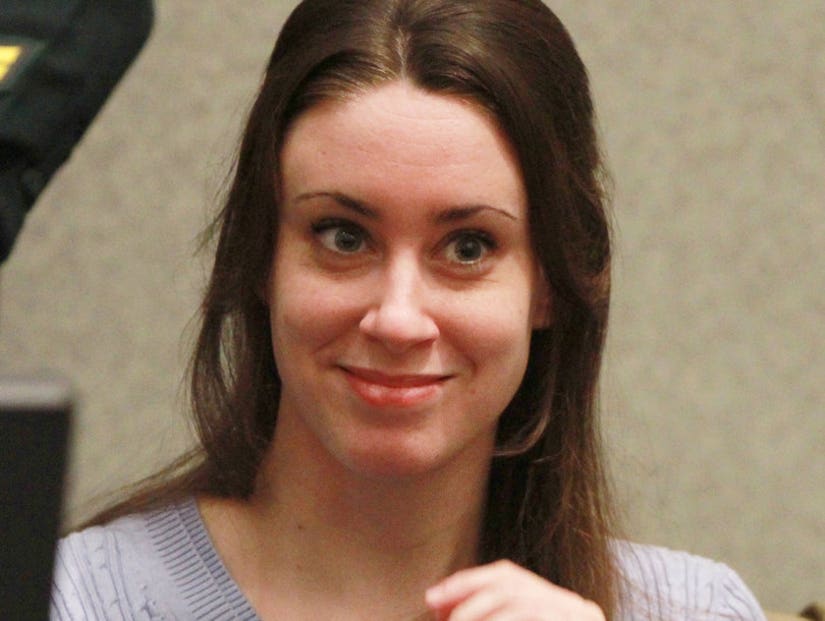 The last time cameras caught Casey Anthony was recently at an anti-Trump rally in Florida and now mere weeks later she's speaking out for first time since her murder trial in candid new interview with The Associated Press.

"Caylee would be 12 right now. And would be a total badass," she told AP. "I'd like to think she'd be listening to classic rock, playing sports" and putting up with no nonsense.

Back in 2008, Anthony was accused of murdering her 2-year-old daughter Caylee. Caylee was missing for one month without report, and her body was found months later in the woods near Anthony's home in Florida. Anthony stood trial in 2011 where she was acquitted of all charges and convicted of four misdemeanor charges instead, quickly becoming public enemy No. 1.

"Based off what was in the media… I understand the reasons people feel about me. I understand why people have the opinions that they do."

During the investigation into Caylee's death, Anthony consistently lied to the police, claiming she didn't know her daughter was missing for a month. She fabricated stories about an accidental drowning, and would be spotted at local parties and clubs in her town while her daughter was reportedly missing.

“Everyone has their theories; I don't know. As I stand here today I can't tell you one way or another,” she said. “The last time I saw my daughter I believed she was alive and was going to be OK, and that's what was told to me.”

Though Anthony admitted to lying to police several times, she believed she would have been treated the same had she told the truth about everything.

"Even if I would've told them everything that I told to the psychologist, I hate to say this but I firmly believe I would have been in the same place. Because cops believe other cops. Cops tend to victimize the victims. I understand now ... I see why I was treated the way I was even had I been completely truthful… Cops lie to people every day. I'm just one of the unfortunate idiots who admitted they lied."

Anthony is notorious for her antics outside of the courtroom, which have continued almost nine years later. She reportedly still hates supermarket lines because she may see Caylee's face on tabloid papers, and her home is covered in pictures of her deceased daughter. As hated as she is, though, Anthony claims that she is a great head space, and can't be phased by any naysayers.

"I don't give a sh-t about what anyone thinks about me, I never will," she said. "I'm OK with myself, I sleep pretty good at night."