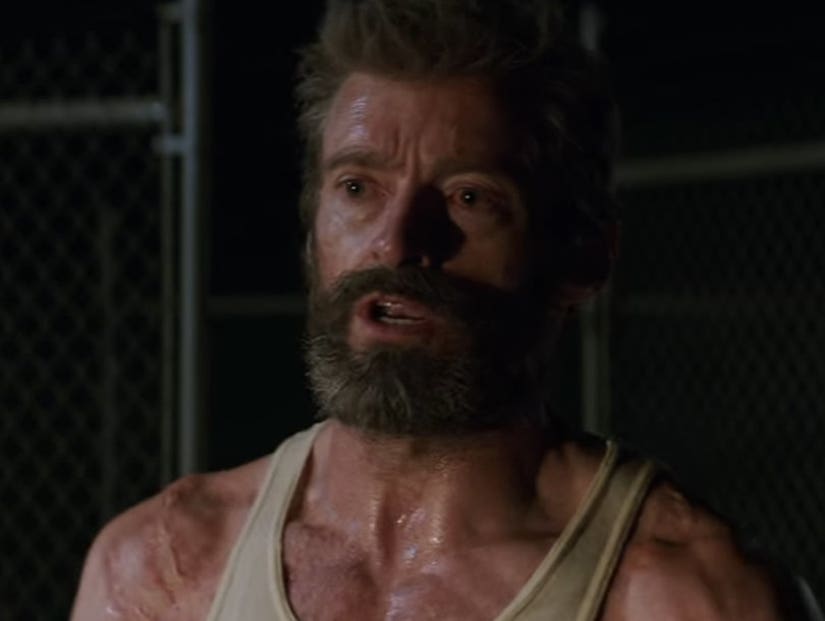 "Logan" dominated the box office last weekend while impressing critics and fans alike, but it was also pretty vague at times, leaving us with a lot of unanswered questions.

Fortunately, comic book sources are abundant on the internet, so after a little research, we have found all of the answers we wanted.

If you haven't seen the scaled-down futuristic superhero flick Hugh Jackman has said will be his last Wolverine movie, then now is a good time to stop reading. Spoilers definitely lay ahead.

See more: Ripped Hugh Jackman Shows a Soft Side During His Last Ride as Wolverine in 'Logan': TooFab Review

What did all that text say at the end of the "Deadpool 2" teaser that screened before "Logan"?

The message was impossible to read in theaters at the end of the hilarious teaser featuring Ryan Reynolds as the Merc with a Mouth, but Fox has since put the short film of sorts on YouTube, allowing this accurate transcription of what is supposed to be Wade Wilson's essay on the classic Ernest Hemingway novel "The Old Man and the Sea."

elderly, accomplished fisherman, Santiago, and a really bigfish. Like... HUGE. The story opens with Santiago sufferingeighty-four days without catching a fish because he's theunluckiest son-of-a-bitch on planet earth. Honestly, if youwere in a boat for eighty-four days, it'd be hard to NOT catcha fish... even by accident. Santiago was so unlucky that hisapprentice, Manolin, was forbidden by his Ma and Pa to fishwith him. But as The Fresh Prince used to say, 'Parents JustDon't Understand'. So the boy visits Santiago's shack anyway.Ignoring the inherent risks of unsupervised playtime with anelderly man who talks to himself, Manolin helps out, movingSantiago's fishing gear, making food and talking aboutbaseball. Especially Joe DiMaggio; who used to bump fuzzieswith Marilyn Monroe. The next day, Santiago tells Manolin thathe's going way out into the Gulf Stream. WAY OUT north ofCuba. Lady luck is returning! On the eighty-fifth day of hiscrappy luck, Santiago drops his lines, and by noon, gets a bitefrom what feels like a big ass fish. He's sure it's a winner. Hefights and fights and fights but can't pull the monster in.Santiago's leaky old boat is pulled by the fish for two days andnights as he holds on for dear life. Even though he's bloodyand beat, Santiago begins to appreciate this mightyadversary. He starts calling him "brother" or maybe even,"bro." It's sort of a love story if you really think about it. Andlike most romantic comedies, the reader pictures a delightfuloutfit changing montage, followed by the inevitableinterspecies wedding. But on the third day, Santiago isfreakin' EXHAUSTED, and decides he just wants the fish to dowhat he says and not always swim wherever it wants. So hestabs it. With a f--king harpoon. It's a mess. Super gross.Blood everywhere. Because, like many men his age, Santiagohas difficulty expressing his emotions and fears with words -instead giving in to base desires - and imposing hisgigantically terrible positions on any given subject throughunblinking violence. Typical. Anyway, he straps the marlin tothe side of his skiff and hits the road home, ready to act likea total show off to everyone and probably gouge people on theprice. But guess what? Pretty soon sharks begin to attack thebleeding marlin's carcass, because we all know, life is atragic opera and just when you think you've finally foundsomething good and true, sharks come along and rip it all tof*cking shreds while dry-humping your dignity with theircrazy-weird shark dicks. Sure, Santiago tries killing a few ofthem, but drops his harpoon because his hands are just as oldas he is. By nighttime, the sharks have pretty much eaten theentire marlin. Only a bleach-white skeleton remains, silentlymocking him in the murky darkness. Santiago realizes he'sstill unlucky. REALLY unlucky. (Duh!) He calls the sharks"dream killers". Which isn't really all that fair. I mean, thesharks were just doing their job and the marlin... Jesus,don't even get me started on the marlin! It was just hanging out oneday, minding its own business, maybe thinking about ways itcould be a better provider for its family and WHAM! Harpoonin the brain. Who's the "dream killer" now, f--kface? Thehypocrisy is pretty much boundless at this point. EventuallySantiago makes it ashore. Leaving the bones of the marlin andthe boat, he hobbles to his shack. He makes it home andcrashes, like I said - he's super tired. The next morning agroup of fishermen gather around Santiago's boat. Onemeasures the skeleton and, holy shit-shingles! It's over 18feet! The head of the fish is given to Pedrico (strange that thisis the first mention of him) and the other fishermen askManolin to send their glad tidings to the old man. Manolinbrings Santiago newspapers and coffee when he wakes andthey decide to fish together again. Many years later, there'sa Red Lobster Restaurant in nearly every city in America,offering a casual dining experience and convenient parking.

What the hell happened at Westchester?

"Logan" repeatedly teased viewers about a deadly "Westchester incident," which any X-Men fan probably assumed meant some serious action went down at Xavier's School For Gifted Youngsters - the famous mutant training facility located in Westchester, New York. But the movie never quite fully explained what went down, outside detailing a seven person death toll while 600 others were paralyzed from a telepathic blast from the mind of Professor Charles Xavier (Patrick Stewart), who regularly suffered seizures in the film. Just when we thought the elderly Xavier finally remembered exactly what happened amidst a moment of clarity from Alzheimer's disease, a pair adamantium claws were jammed into his chest and the powerful mutant never finished verbalizing his recollection.

It was a massive bummer. Not only was one of our favorite X-Men characters murdered before our eyes, but we never found out exactly who Xavier accidentally murdered beforehand.

But in an interview with Coming Soon, co-writer and director James Mangold confirms suspicions that those seven people killed were X-Men team members.

The filmmaker said he wrote the scene, and at point it was going to open the film, but he ultimately decided to cut it.

"It suddenly made the movie about X-Men dying, as opposed to allowing the movie to be a kind of unwinding onion, like allowing you to kind of enter the story and go, 'Where is this going?'" Mangold said. "It was so large and loomed so large, and I felt like it also was still falling into the formula of the movies, with the big opener, that is setting up the mythology first. I thought, “What if we do an opener that leans into character first? Actually underplay those things?” Let them just feel like it's more like a normal thing, like it's happened. And instead of underlining it, yeah. Just let it live in the background of all these characters."

Are Logan and Xavier really dead?

If previous X-Men movies have taught us anything, it's that no character is beyond revival (remember when Professor X was killed by Dark Phoenix and killed again by sentinels in "Days of Future Past"?), but the filmmakers behind "Logan" have made it pretty clear they intended the characters' burials to be final.

In fact, Mangold told Den of Geek he's surprised the question could be lingering in viewers minds after seeing the movie, but

“I have to say I've been amazed, because we thought this would be in a way where no one would ask, 'Are you sure you sure there won't be more?'” Mangold said. “And yet, somehow even when you kill him dead, people keep asking you, 'Are you sure you're done?!'”

When Uproxx asked specifically about the possibility of Xavier returning from the grave once again, Mangold said, "I don't know if he can come back from what we did.”

Where does "Logan" fit into the X-Men franchise timeline? 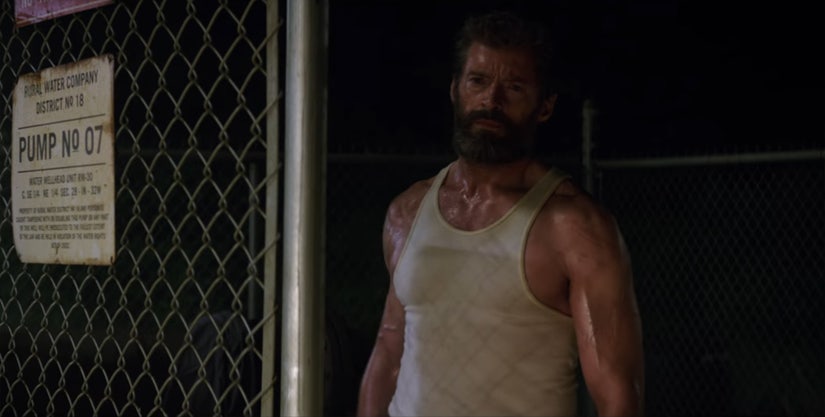 That is a loaded question, not only because the franchise is full of prequels and time travel, but also because Jackman and Mangold have given different answers.

Jackman told Digital Spy that "Logan" is "different in terms of timeline and tone, it's a slightly different universe. It's actually a different paradigm and that will become clear."

He added: "It's a stand alone movie in many ways. It's not really beholden to time lines and story lines in the other movies. Obviously Patrick Stewart was in there so we have some crossover but it feels very different and very fresh. [Following the timelines] becomes a chess game that you try to serve, which actually doesn't help to tell a story and it's sort of been a bit all over the place."

He's not kidding about the complexities of following the X-Men cinematic universe timeline, but here's the gist of it: The events in "Days of Future Past" changed the entire history. Screenrant has a wonderfully detailed timeline breakdown, if you're curious.

But basically, Mangold has clarified Jackman's statements to make it clear that "Logan" does, in fact, take place after Wolverine arrives back in 2023 at the end of "Days of Future Past."

@Voldemorgoth Don't think @RealHughJackman said that exactly. Simple fact. We take place in 2029, 5 yrs past anything depicted in XMEN film.

@TylerCobaugh @Voldemorgoth Because we take place after all the other movies, we have freedom. That's all he meant. Breathe,

What happens to X-23 after the credits roll?

Logan's genetically engineered "daughter," Laura Kinney, is from the Marvel comic books. (The vicious Logan clone X-24 is not, however.) And in the comics, Kinney does team up with Wolverine and after the iconic X-Men's death, she eventually puts on the yellow and blue spandex to carry on Wolverine's legacy. Considering the push for Hollywood to make more movies centered on female protagonists, it wouldn't be a terrible bet that the grown-up version of Kinney will be the next phase of the X-Men franchise that kicked off 17 years ago. But for now, we're just content knowing that a female superhero as badass as Logan is out there somewhere.