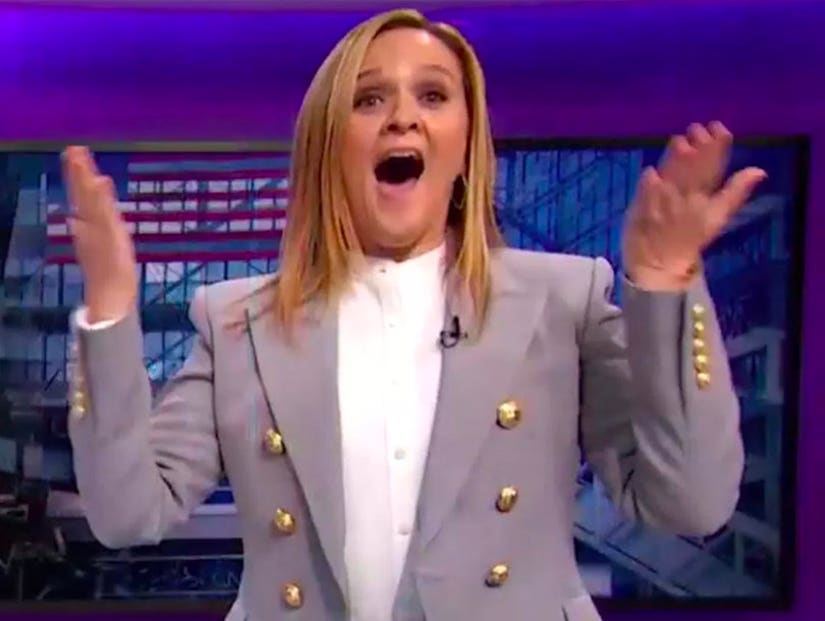 Samantha Bee's show would fall apart without the women who work there and she has the video to prove it.

The late night host spent International Women's Day with the men of "Full Frontal" after the ladies on the staff took the day off for the "Day Without a Woman" campaign.

Just how bad was it? Bee shared a video on Twitter to illustrate how disastrous her TBS talk show could get.

"In addition to running the world, girls also run our show," she captioned the blurry, wildly wobbly clip. "Here's what happens when they don't show up to work. #DayWithoutAWoman."

"Your audience coordinator is out today," one of the four men in the audience told a confused Bee after she realized she was spewing a sports monologue.

"And about half the writers and producers, all your researchers, the digital department, half the control room...wardrobe, hair and makeup ... clearly ...and your stage manager. #Feminism," the men added.

See how more stars like Adele, Sarah Jessica Parker, Chelsea Handler and more supported the cause.

In addition to running the world, girls also run our show. Here's what happens when they don't show up to work. #DayWithoutAWoman pic.twitter.com/4yBv9E98iO