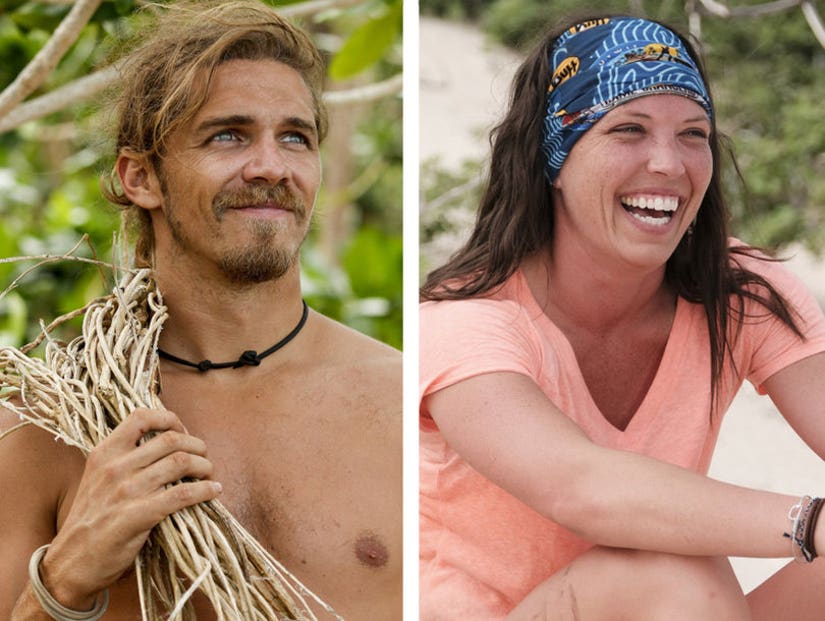 After 33 seasons and 499 episodes, 'Survivor' has proven to be one of the most difficult and physical challenges ever presented on television. The long-running series' 500th episode kicked off a new season that brings back some of the most aggressive players the game has ever seen, and that was firmly on display in this two-hour premiere. There was more gameplay in the first six days of 'Game Changers' than most seasons see in the first five episodes. But that's not always a good thing.

Each season, there is one winner standing atop a heap of losers. Each week, someone new loses at the game of 'Survivor.' Winning is hard, but it turns out losing is pretty easy. These former players should know this as many of them are students of the game and there's that whole thing where they've done this already. So we shouldn't be seeing boneheaded moves from such seasoned veterans, right? You'd think.

Gone are the days where tribes bonded and made it their primary focus to stay together and strong until the merge. Now it's about mini-alliances and strategy before they even jump off the boat. But it's dangerous to be too open about it. Ciera Eastin was absolutely right to want to paint a target on Tony Vlachos' back, but she did it too aggressively and way too soon. She started gunning for him before they'd even played their first challenge.

Now Tony is a former winner, so it makes sense to want to eliminate him. Plus, he played a very deceptive and secretive game his first time out. On top of that, he made a pretty bone-headed move of his one right out of the gate, immediately sowing seeds of distrust with his tribe.

See more: NeNe Leakes Thinks Trump Has Changed Since Becoming President - And Not in a Good Way (Video)

STEP 2: ANNOUNCE YOU'RE LOOKING FOR THE HIDDEN IMMUNITY IDOL ON DAY ONE

Tony was the king of Hidden Immunity Idols on his season, and so he thought it would be funny to announce he was off to look for them almost immediately after hitting the beach. But no one thought it was funny. They thought it was very disconcerting. Tony's aggressiveness and in-your-face approach to the game worked when he was playing against easily intimidated new players, but these are veterans. They're wary of everything, and nobody's more wary than the only two-time winner in the history of the game, Tony's teammate Sandra Diaz-Twine.

Again, all of this before the first Immunity Challenge.

The Mana tribe fell short at the first Challenge, and it was a puzzle sequence that did them in. Sandra and Ciera were the ones working the puzzle, which put two strikes on Ciera. Luckily, If you play hard and then blow a challenge, you make yourself an easy target. Especially early on when almost arbitrary reasons are chosen at Tribal Council to get rid of someone.

Sandra was playing a quiet game to this point, so no targets were painted on her back yet. Plus, as a weaker physical player, tribemates always figure they can get rid of her later. Not that it's worked yet.

So far on the game of 'Survivor,' this has been a surefire way to get eliminated. She's played twice and won twice, so getting on her bad side is not a good thing. it was unlikely she could win a second time, so voting her out should be a no-brainer this time around. Add in the fact that she's not a very strong physical competitor when early challenges almost always have a huge physical component, and it should be a done deal, right?

But Tony made people nervous about him with his Idol joke on the first day, and then he followed Ciera's lead by vocally targeting Sandra after Mana dropped the second Immunity Challenge of the season as well. It was the Idol King versus the 'Survivor' Queen, and when royalty fights somebody loses their head. Despite his obvious physical strength, Sandra's deft social gameplay kept her alive past the first two Tribal Councils, and Tony joined Ciera on the outside.

Sandra said before the season began that if she wasn't voted out first, she would win. She plays a loose and breezy game where she can adapt to the ebb and flow of the game with no real ties to anyone. It's a subtle thing of beauty to behold, and she proved already again why she's the queen.

RISKY: GET COCKY EARLY IN THE GAME

After Tony got voted out, Sandra catcalled him and repeated her mantra, "the queen stays queen," in front of her entire tribe. Getting cocky like that so early usually raises red flags, but Sandra's gotten away with this before. Some people can smooth talk their way out of anything.

She also told her tribe that taking her to the finals was a surefire way for someone else to win, because what Jury would reward her a million dollars a third time. That's just genius planting that seed so early.

Not much happened at the Nuku tribe as they won both Challenges and enjoyed safety throughout the episode. But their time is coming, so it's still important to avoid risk factors. Cirie Fields is one of the best social players the game has ever seen, enjoying her fourth time on the show. Like Sandra, she is not a physical threat, but she has also never won.

Nevertheless, she perceived correctly that her tribe is already thinking of her as an easy first target and so she started scrambling and hustling and talking to everybody one on one. The problem is they know what kind of a player she is, and they're not buying it. Better to lay low and focus on the charm side of her game so people like her and get confident again she's not really a threat ... just vote her off later.

It remains to be seen if these risky moves will lead to elimination. With a tribal shift already scheduled for next week's installment, Sandra and Cirie may get stays of execution, or find the tides turn against them even quicker.