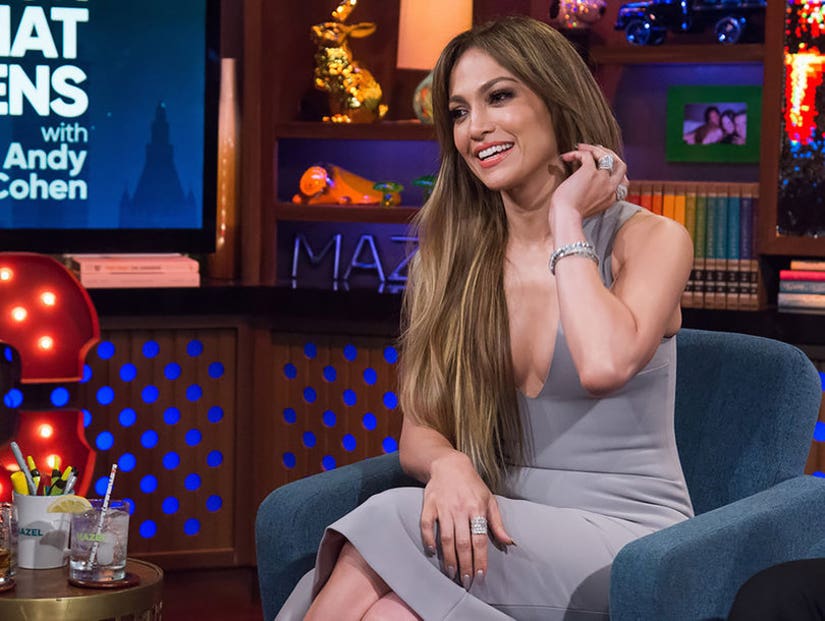 Jennifer Lopez thought having "Shades of Blue" co-star Ray Liotta by her side would keep her out of the hot seat on "Watch What Happens Live with Andy Cohen" last night. But she thought wrong.

First, Andy played a game with them called "50 Shades of Blue," putting the duo on the spot about the bedroom acts that really turn them on.

Handcuffs? Depends on J.Lo's "mood." Threesomes? "Nay," she replied. Role play? Nope, "it's stupid," she added. When Cohen asked about sex tapes, Lopez said no, but then squirmed a little when asked if she's ever made one before.

J.Lo also took part in her fourth Plead the Fifth, but this time, with a twist.

Instead of taking on all the questions herself, Cohen asked Liotta the personal Qs. If he plead the fifth on one of them, Cohen got to ask Jennifer something instead.

After saying Sigourney Weaver was his worst co-star kiss and Clint Eastwood was the "most overrated" actor of the '80s and '90s, Ray balked when Cohen asked him to name his favorite and least favorite Lopez songs. The problem: he didn't know any!

"I really don't know any of them. I know the Jenny from the Block thing. I don't know em all," he responded.

Cohen took that as pleading the fifth, so he then asked Jennifer, "You said that you were proposed to 5 times in your life. Name someone who you turned down."

Without missing a beat, Ray interrupted and said, "Drake, right?"

Unfortunately, it appears the episode was filmed before news of reports of Jennifer's new romance with Alex Rodriguez broke earlier in the day on Wednesday. We would have loved to see what she had to say about that.