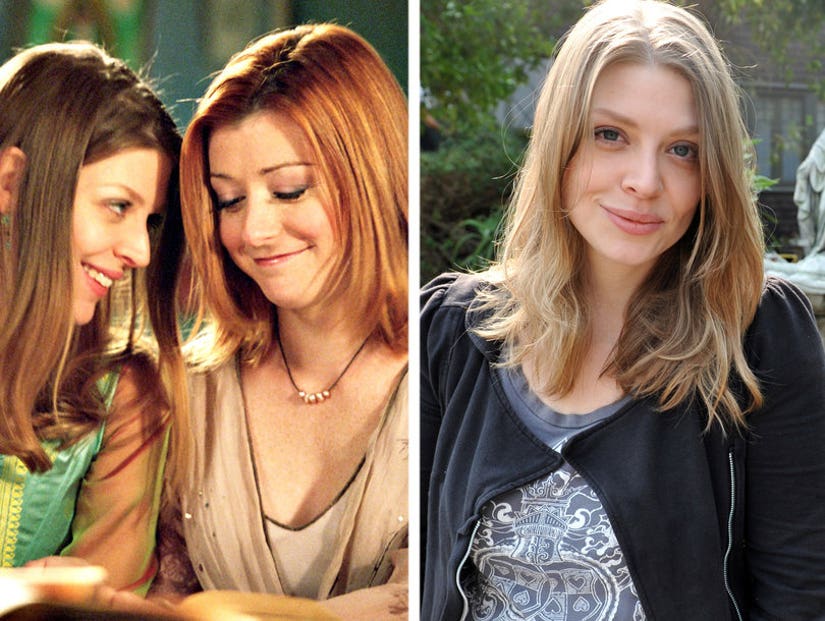 "Buffy the Vampire Slayer" turns 20 today and while star Amber Benson wasn't there from Day 1, she found a way into fan's hearts by infiltrating Willow's.

As Tara Maclay, Benson joined the show in one of the strongest episodes of its 7 season-run, "Hush," which finds the entire town of Sunnydale literally speechless when The Gentlemen steal their voices. As the series went on, her relationship with Alyson Hannigan's witch became central to the show and the duo emerged as a power couple in every sense of the word.

As we celebrate the show's long-lasting legacy on its 20th anniversary, see what Benson remembers most from her days on set below.

See more: 'Buffy' Turns 20: 9 Things You Won't Believe Happened to the Cast After the Show Ended

Do you have a standout memory from your first days on set?

Shooting 'Hush' with the Gentleman - and going and sitting at lunch with them and being kinda freaked out by the juxtaposition of their creepy/amazing make-up with how sweet they were as people. Then later when Camden (who was out of make-up by that time) came over to say good-bye, I was like: Who the heck was that? - that's how good the make-up was...you had no idea what they looked like underneath it.

Finish this sentence: My favorite episode is __:

The musical! Because making a musical is like the best thing in the whole world. So. Much. Fun!

My favorite couple is __:

I know it's lame to say yourself, but I loved Tara and Willow - to me they had the best relationship on the show...and they totally helped raise Dawn!

Clare Kramer as Glory - because she was so frickin' well-dressed and a total balls to the wall bad ass. I was totally scared of her when she was all Glory-ed out...and she's like one of the loveliest human beings ever in real life.

What do you think Buffy would be doing today?

My wish for Buffy is that she just got to be a regular human being for once in her life.

Any message to the fans still obsessed all these years later?

Buffy has the loveliest fans. They totally kick ass. Truly though, it's such a testament to how good the show was that it still resonates with people 20 years later.