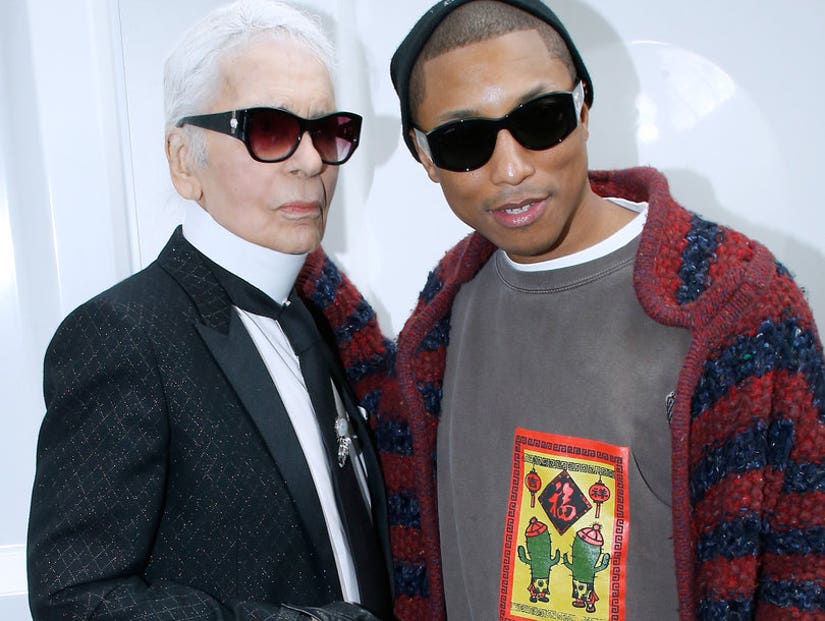 The fashion icon and music sensation has just made history as the first male ever to appear in a Chanel handbag campaign.

The campaign officially launches on April 3, but Chanel's designer and creative director Karl Lagerfeld shared the exciting news with on Women's Wear Daily on Friday.

Williams has been a Chanel advocate for many years, most recently attending the Oscars in a head-to-toe look by the label, including accessories.

The newest image from the campaign shows William holding the iconic "Gabrielle" bag in a crocodile construction. He notes his history with the bag earlier in his career.

"When I first started wearing it I didn't have anything in it. I was just so excited to have it,” he told WWD.

“I was like a nerdy little black kid on a skateboard. So looking at high-end fashion was something that I really didn't understand in the very beginning,” he said. “And then I realized, slowly but surely, man, this is amazing. And although there's mostly the perception that it's for women, I just started to see, OK, as a man I can wear some of this. So I would wear sunglasses here, or a jacket there.”