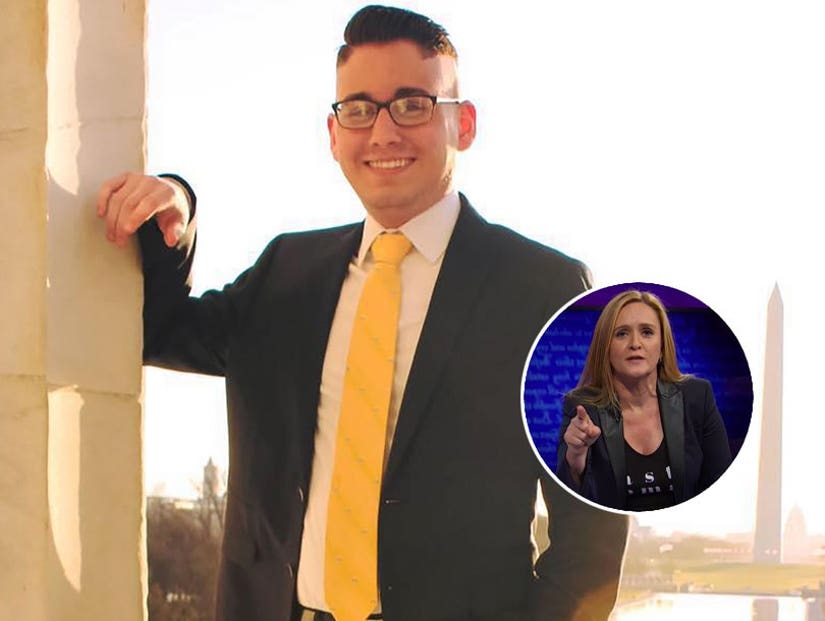 "This year, the bow ties were gone, replaced by Nazi hair, Nazi hair, Nazi hair," comedic correspondent Michael Rubens narrated in the Wednesday "Full Frontal" segment that showed images of people attending this year's Conservative Political Action Conference. Cancer-stricken Coddington was one of those in attendance at CPAC.

Coddington's sister Megan blasted the TBS show on Twitter and revealed that Coddington had Stage IV cancer. Sharing a screenshot of the video -- which has since been deleted -- Coddington's sister tweeted, "When [Samantha Bee] makes fun of your brother for having 'Nazi hair.' He actually has stage 4 brain cancer, but whatever floats your boat."

See more: Shannen Doherty Sets Record Straight After Being Shunned Over Her Cancer

When @iamsambee makes fun of your brother for having "Nazi hair." He actually has stage 4 brain cancer, but whatever floats your boat. pic.twitter.com/ULJC8nA3IX

Bee responded directly to Megan by tweeting, "We deeply apologize for offending you and [Kyle]. We only learned of his condition today & have removed him from the piece."

Coddington appeared on "Fox & Friends" on Friday morning where he addressed TBS and Bee's apology.

"It's kind of a half-apology I would say. The effects of this go much further than just me and an illness itself," Coddington said. "It's just inconsiderate and unprofessional to lump together people with a certain hairstyle for the way they look. I pray every day that God gives me peace about my diagnosis and He does, so I don't worry about it. Stay positive, fight, never give up. That's the worst thing you can do."