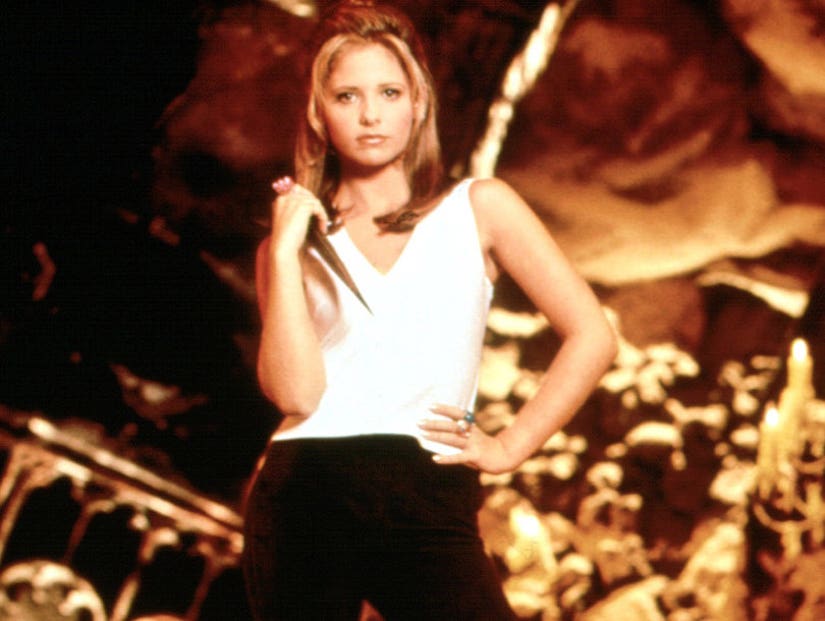 For Sarah Michelle Gellar, Buffy Summers was the role of a lifetime.

Already a soap opera star and Daytime Emmy Award winner when she landed the part, Gellar catapulted to the top of '90s teen stratosphere after The WB show premiered in 1997. She covered Rolling Stone, landed acting gigs in horror flicks like "Scream 2" and "I Know What You Did Last Summer" and fully embodied what it meant to be the "chosen one."

The show turns 20 today, as it continues to amass fans thanks to reruns, Netflix, comic books and social media.

To mark the series' milestone, Gellar paid tribute to the character that changed it all on Instagram, while also thanking the show's fans and co-stars.

"20 years ago today, I had the greatest privilege to bring Buffy to your tv screens for the first time. It was a long and challenging road to get there. First the movie, then a passed over pilot presentation, and eventually a mid season time slot on a little known network," she wrote.

"That first season, we liked to think of ourselves as the little show that could. While we knew the potential, I don't think any of us saw the lasting impact our show would have. As an actor, you wish for that one role where you can leave your mark and forever be remembered, with Buffy I got so much more," she continued. "She's a feminist challenge to gender hierarchy. Buffy may have been the Chosen One, but I was the lucky one."

"Thank you to [executive producer] Gail Berman for always believing there was a show in that movie. Thank you to [cretor] Joss Whedon, for trusting me to give life to one of the greatest female characters ever created," the caption reads. "Thank you to David [Boreanaz], for always being my Angel. Thank you to James [Marsters] for understanding that while Buffy and Spike may have been love/hate, I have nothing but love for you. Alyson [Hannigan], as any woman knows, you are nothing without the love and support of great female friends, so thank you for being that. Michelle [Trachtenberg], you will always hold a key to my heart."

"Thank you to all the incredible actors for seven seasons of amazing performances," wrote Gellar. "I would be remiss if I didn't mention the incredible crew that worked tirelessly (and also really tired) to bring this show to life. And lastly, but most importantly thank you to all of you, the fans. We made this show for you, and your unwavering support has kept this show going long past our seven years. You are everything. And always remember... 'if the apocalypse comes, beep me' #buffyslays20."

See how more of the show's stars are celebrating today below:

Wow. #20YearsOfBuffy @joss What can I possibly say to thank you? No really, what can I say?!? I need YOU to write it!!!

#BuffySlays20 Here's to all who watched, and all who were part of its creation, but most of all, here's to you @joss - grrrr,aargh x

A huge thank you for a gift that changed my life forever. Love to all the cast, the writers, the crew &the show's captain J ! #BuffySlays20

20yrs ago @joss gave me a chance to be a small part of something big! I'm eternally grateful! #buffyslays20 pic.twitter.com/iio0pZMNT2