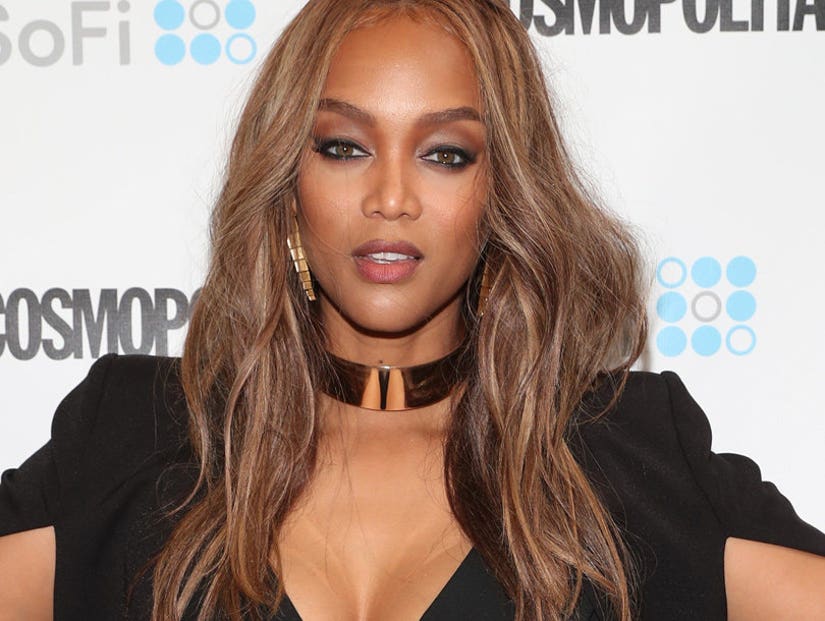 Tyra Banks is headed back to reality TV as the new host of "America's Got Talent."

The supermodel is taking over the hosting reigns from Nick Cannon who decided to exit the show. "AGT" Judge Howie Mandel was first to break the news Sunday on social media.

"Since I was a little girl, I've been obsessed with grandiose acts and performers who make the seemingly impossible possible," Banks said in statement. "I love how AGT brings that feeling into everyone's home, capturing the best of people who come out and give it their all to make those big, fierce and outrageous dreams come true."

"I look forward to connecting with the dreamers, having fun and giving hugs and words of encouragement when needed. And maybe I'll get one or two performers to smize for the audience," she added.

This marks Tyra's return to reality television after co-creating and hosting long-running series "America's Next Top Model," where she first coined "smize."

Cannon recently quit the show after alleging NBC threatened to fire him over a joke he made during a standup gig.

"I was to be punished for a joke. This has weighed heavy on my spirit. It was brought to my attention by my 'team' that NBC believed that I was in breach of contract because I had disparaged their brand," he said on Facebook. "I find myself in a dark place having to make a decision that I wish I didn't have to, but as a man, an artist, and a voice for my community I will not be silenced, controlled or treated like a piece of property. There is no amount of money worth my dignity or my integrity."

"I wish AGT and NBC the best in its upcoming season but I cannot see myself returning," Cannon added at the time.