As tradition has it, "The Bachelor" Nick Viall and Season 21 winner Vanessa Grimaldi appeared on Monday night's "Jimmy Kimmel Live" and the late-night host grilled them over how well they've really gotten to know one another during a rousing round of "The Newly Engaged Game."

"Finland," the two answered when Kimmel asked them where they first had sex. Finland, incidentally, was where the couple was engaged.

Viall and Grimaldi also revealed that they're in the process of working out their living situation as Grimaldi is Canadian, and that they haven't talked wedding plans.

See more: 'The Bachelor' Finale: See All the Details From the Show

"She's Canadian so we have to figure that stuff out," Viall said. "She's gonna be spending as much time as possible out in L.A., where I am currently living."

As for wedding planning, the couple is taking "baby steps" towards nuptials. "We haven't even had a dinner reservation yet," Viall said. "So we're going to do that first."

Watch the entire interview in the video above. 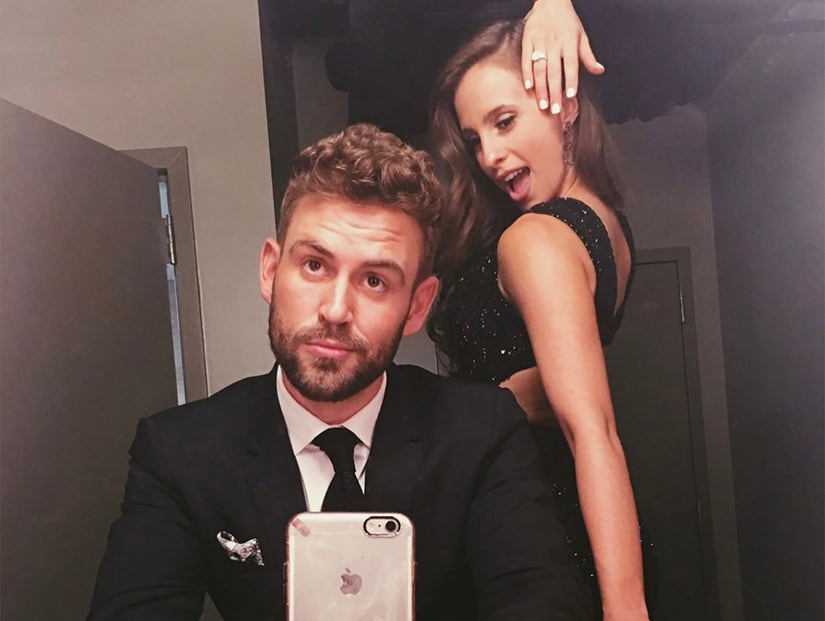