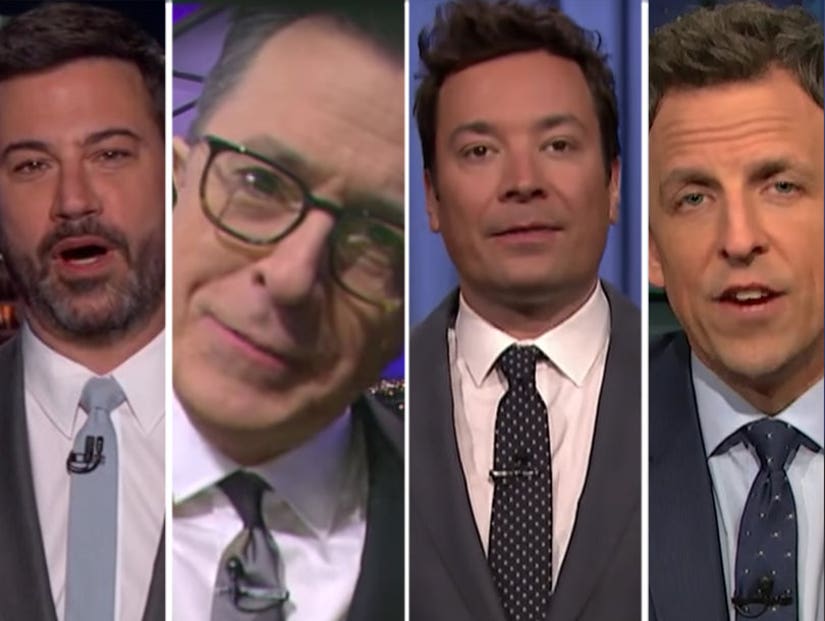 On Sunday, Conway told the Bergen Record that there were many ways of surveilling someone without their knowledge -- including watchful eyes through microwaves -- but backtracked on Monday after the internet thoroughly mocked her.

Then the late-night comedians took their best shots. Watch all the jokes below.

Recalling Trump's original comments about President Obama wiretapping Trump Tower, Kimmel said that evidence had yet to be found, which sent the Trump administration into spin control.

"Kellyanne Conway yesterday added her part to the wiretap dancing," Kimmel said. "And she wasn't just spinning, she was pirouetting, she was pivoting; I think she did a triple axle at one point. She got a perfect score from the Russian judge."

Stephen Colbert took comedy to the next level when he stuck his head inside a microwave on the set of "The Late Show" and talked to President Obama.

"It's true, it's true. Microwaves that turn into cameras. How do you think we film this show?" he said as a camera panned to a microwave sitting on top of a tripod.

See more: 'Morning Joe' Is So Over Trump's 'Idiotic and Embarrassing' Wiretapping Claims About Obama (Video)

"I'm not sure Kellyanne's microwave is watching her," Fallon said, "but it sounds like she spends a lot of time looking directly into it."

Saying that the people around President Trump have to go to "increasingly ridiculous lengths" to defend outlandish claims -- including the Obama wiretapping allegations -- Meyers took Conway to task over her microwave comments.

"When Inspector Gadget heard that, he said, 'Even I think you're crazy, and my hat turns into a helicopter,'" Meyers joked.