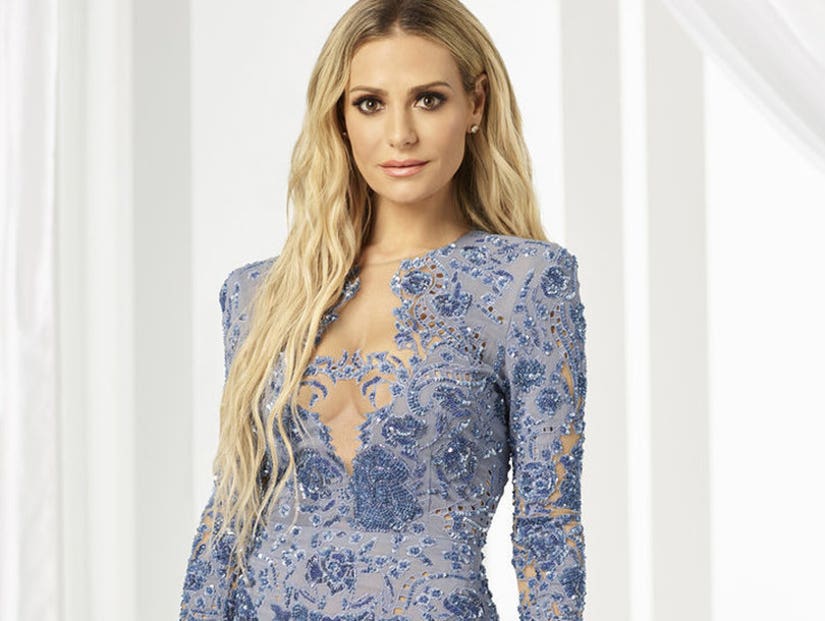 Dorit Kemsley sat down for her very first "Real Housewives of Beverly Hills" reunion taping on Friday and that meant one thing: It was time to re-live Pantygate.

The relationship has been chilly at times between Dorit and Erika Girardi all season long, ever since Kemsley jokingly gifted the singer a pair of panties after she unknowingly flashed Dorit's husband, PK. For a hot minute, it almost seemed like Pantygate was destined to become Season 7's "munchausen" with the topic refusing to die for several episodes, regardless of what either of the ladies did to try and stop it.

"We rehashed everything," Kemsley told TooFab of the reunion taping. "Pantygate, it had to be done, and Hong Kong. It was intense, it was definitely intense and everybody had a voice and they certainly shared it."

Kemsley said she got some advice from co-star Kyle Richards on how to approach the reunion before going in.

"She had given me some tips that morning and she was just like, 'Listen, it's a very long intense day. Be yourself, stay true to yourself and it's your moment and your chance to voice your truth,'" Kemsley said. "This is after having seen the edits, having seen the season, so if there's anything you feel you need to say, now's your time to say it."

Though the aforementioned Hong Kong fight will air on Tuesday's new episode of the show, it was the underwear faux pas that Dorit really wanted to talk about when the group sat down with Bravo host Andy Cohen.

"The biggest issue I wanted to address was that I had brought Erika those panties in good humor, for a laugh," Kemsley told TooFab. "Not to make fun of her, to have a laugh with her, I thought it was a way to connect with her."

"I didn't know much about her, but from what I'd seen in her videos and her character Erika Jayne, her brand was very much about, 'Pat the Puss.' It's very seductive and I didn't think bringing a pair of underwear to her was going to be offensive," she said. "I certainly did not do it to humiliate her. I feel like I needed to come across and say that with every fiber in my being."

According to Kemsley, the whole Pantygate drama could have been avoided if she just listened to Kyle's advice. It was taped during a conversation between the ladies, but ended up on the cutting room floor.

"I said this to Kyle, which actually was not put in, it was edited out. Kyle said, 'This could go wrong' and I said, 'You think so? I think Erika's got a good sense of humor, I bet you she'll completely understand and we'll have a laugh about it,'" Kemsley added.

"That was the worst. I understand, a joke can fall flat, I can't always hit them out of the park and I can apologize when I hurt anyone's feelings, because I don't want to," she lamented. "I didn't think she would be humiliated by something like that."

As for where things stand between Dorit and Erika now, they're better, but there's always room for improvement.

"I think it's a little bit 'We shall see,'" Kemsley said. "Are we in a good place? Yes. But I think that it's probably going to take a bit of time and certainly some time together. So I think if we do another season we'll kind of see that unfold."

On whether she plans to return for Season 8, Kemsley told TooFab: "I'll discuss it with my husband and once this season is completely over and once it's aired we'll have that conversation."

"They have to officially ask me back as well," she said with a laugh.