Before Disney's live-action adaptation of "Beauty and the Beast" rolls into theaters this weekend, the folks over at Screen Junkies reminded the world just how "messed up" the Oscar-nominated original was.

The latest "Honest Trailers" pokes fun at the animated classic for portraying a "poor, provincial French village where everyone has an American accent," plus trying to teach kids the important life lesson that it's "what's on the inside that counts - but it doesn't hurt to be so rich you own a castle with its own library and some magic slaves."

"But Belle isn't alone. She's trapped with dozens of living objects that raise dozens of uncomfortable questions," the narrator of the parody trailer says in the video (above). "Did everything that moves used to be a person? Like are all those plates people? And what happened to all the actual stuff? Did it merge with the servants? Will they go to trial for murdering all those villagers? If the Beast earned the curse, why did all the servants get deformed too? Man, this movie is messed up." 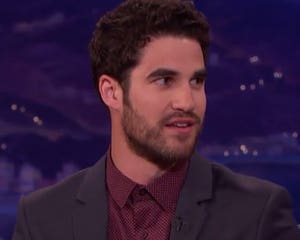 The trailer also points out another uncomfortable reality: Belle is totally suffering from "Stockholm syndrome," which is defined by the dictionary as "an emotional attachment to a captor formed by a hostage as a result of continuous stress, dependence, and a need to cooperate for survival."

Disney's live action "Beauty and the Beast" starring Emma Watson as Belle and Dan Stevens as the Beast hits theaters this weekend. So far, reviews are mostly positive with a 66 percent approval rating from critics counted on Rotten Tomatoes.