James Corden dressed in Belle's infamous yellow gown is something we never knew we always wanted.

The "Late Late Show" host and the men of "Beauty and the Beast" jumped into traffic outside CBS' West Hollywood studio for a new edition of "Crosswalk the Musical," where they performed musical numbers from the film's soundtrack in the middle of the street.

Luke Evans joined as Gaston, Dan Stevens played the Beast and Josh Gad -- who stars as LeFou in the movie -- tackled the role of Lumiere. 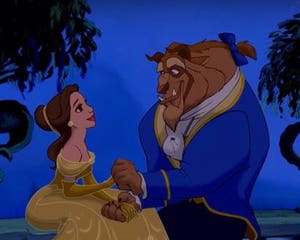 But Corden took on the most important role of all: Belle herself.

"To be invited by James to perform the crosswalk in front of CBS, that's a dream come true," Gad joked before the cast performed a different song at each red light.

Watch the video above to see their quick takes on "Belle," "Be Our Guest," "Gaston" and the title track -- all while people watched in shock from inside their cars.

The real "Beauty and the Beast" hits theaters tomorrow. 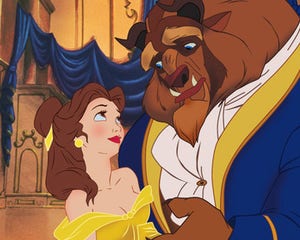 10 Things You Never Knew About "Beauty and the Beast"