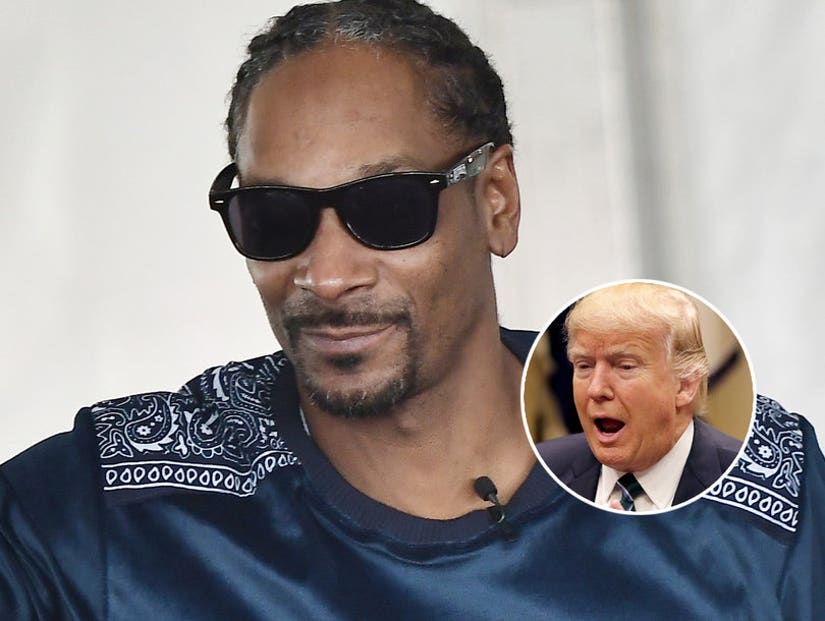 President Donald Trump had some harsh words for legendary rapper Snoop Dogg on Wednesday after his latest video "Lavender" showed him shooting a clown that bared a striking resemblance to POTUS himself.

"Can you imagine what the outcry would be if @SnoopDogg, failing career and all, had aimed and fired the gun at President Obama? Jail time!" The President said.

Can you imagine what the outcry would be if @SnoopDogg, failing career and all, had aimed and fired the gun at President Obama? Jail time!

Fans and internet gazers everywhere waited anxiously for Snoop to reply, but the rapper said in an Instagram post Thursday he won't comment on the situation. "They all wanna ask me questions and interview me but guess what," he said. "I've got nothing to say, mate."

Failing career? C'mon Trump, Snoop Dogg has given us so much. Let's revisit.

Snoop taught us the importance of focusing on what matters. Keepin' my mind on my money, and my money on my mind.

Snoop taught us more about how to talk to a woman than Trump ever has.

We learned how to be a good friend from Snoop Dogg. It defiently ain't no fun if the homies can't have none.

Snoop showed us how to dance our way out of any situation. Pimps, attitudes, etc.

The art of proper seduction was also taught perfectly by Snoop Dogg. You have to take it sloooooowww oh woo ohhhh

Snoop Dogg taught us that you should never hesitate to put a fool on his back.

Most importantly, he taught us how to rock.

We don't think it's valid to claim Snoop has a failing career. Aside from just the music, please take the time to enjoy another one of the best things we've ever seen, Snoop Dogg narrating Planet Earth, or Plizzanet Earth, as he calls it.