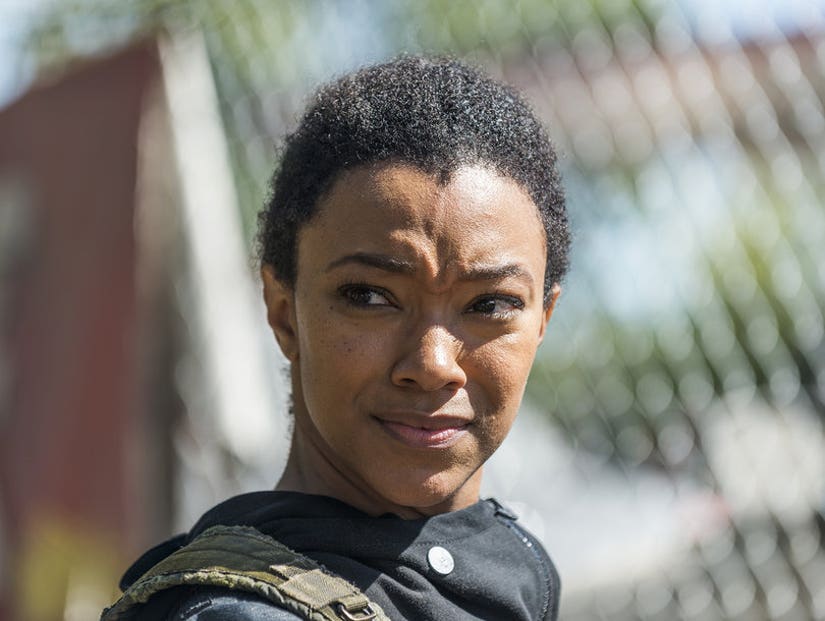 The plan nobody thinks will work sprung into action "The Walking Dead" Sunday night, as Rosita and Sasha made their way to the Sanctuary. But, as always, things didn't go quite as planned.

Elsewhere, apologies were made, alliances questioned and one character finally came out of the closet.

Let's dig into the five questions we're left with after watching "The Other Side": 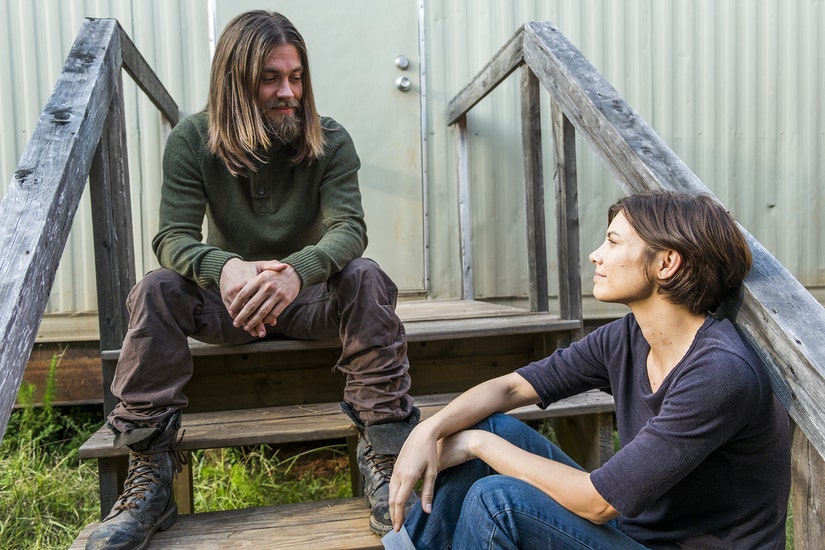 Can we get Jesus a boyfriend, stat?

Hallelujah! Just like in the comics, long-haired badass Paul "Jesus" Rovia is gay and finally came out in a quiet, lovely little moment during a conversation with Maggie.

Talking about how comfortable his new friends at the Hilltop have made him, Jesus first hinted at his rough past.

"I grew up with a lot of people around. Group home. This isn't like that though. For the first time I feel like I belong," he said. "Trying to make sure you and Sasha became a part of this, made me a part of this. When I was first here, I was never here. I always found it hard getting close to anyone. Neighbors, friends, boyfriends." 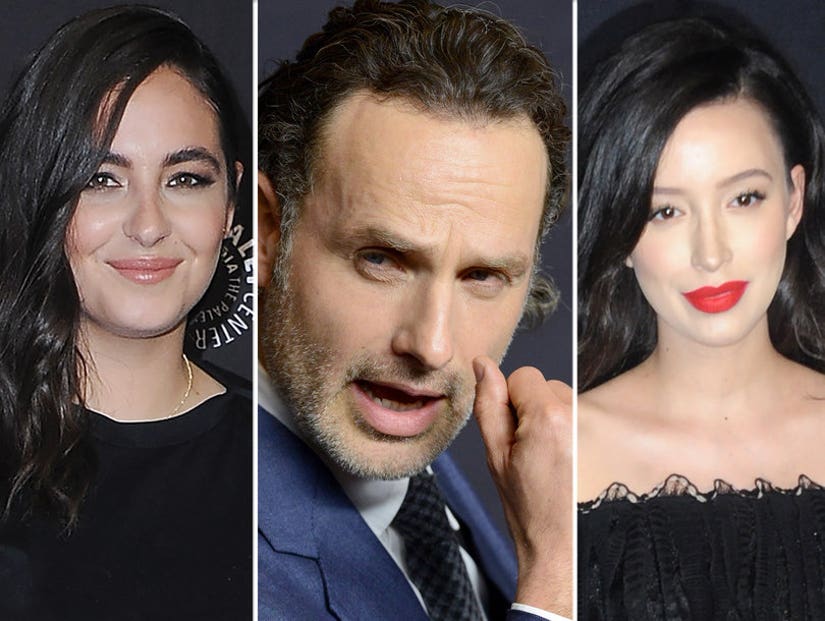 Maggie was supportive as ever ... and anyone who's not better keep it to themselves, because Rovia is not one to be messed with.

Sorry Eric, but we're here for whatever Jesus and Aaron's stupid shipper name would be. 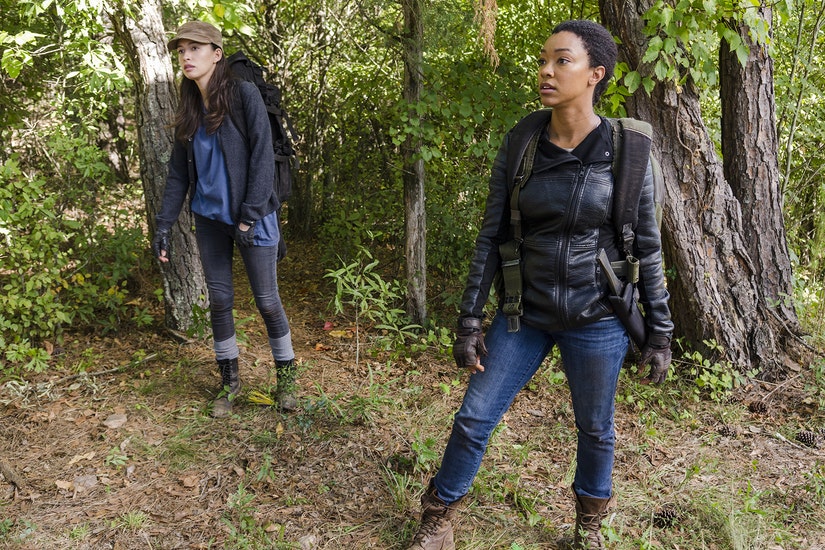 Sasha's on her way out, right?

Sasha and Rosita's bonding trip to the Sanctuary was the A-storyline this week, as they put their shared histories with Abraham behind them in a shared desire to avenge his death. Their voyage started rocky -- with Rosita pointing out she made the necklace Sasha was wearing for Abraham -- but ended in a much better place.

Rosita admitted she had been so angry in the past because Abraham "figured out his shit" before she did and found happiness with Sasha. "I'll never get to tell Abraham I'm happy he was happy," she confided in Sasha in a touching moment. Rosita said it wasn't "his time" to go, something Sasha said to her moments later, locking Rosita outside of the Sanctuary walls to take on Negan herself.

"There's gotta be a point to it right? It's not your time. they need you," she told her before storming the Big Bad's home. 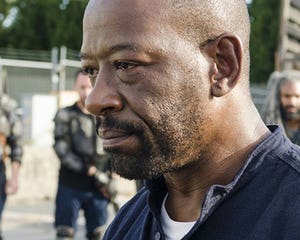 'The Walking Dead': That Shocking Death Leaves Us with One BIG Question

It's a heroic moment and this show doesn't necessarily reward its heroes with a long life. She also all but said her goodbyes to Enid earlier in the episode, giving her a bracelet to give Maggie's baby.

Plus, actress Sonequa Martin-Green landed a leading role in the upcoming "Star Trek" TV series ... and while she might be able to pull of double duty, it seems like her days here are numbered.

Our guess: she'll go out in a blaze of glory during the finale and will likely take some Saviors out with her. 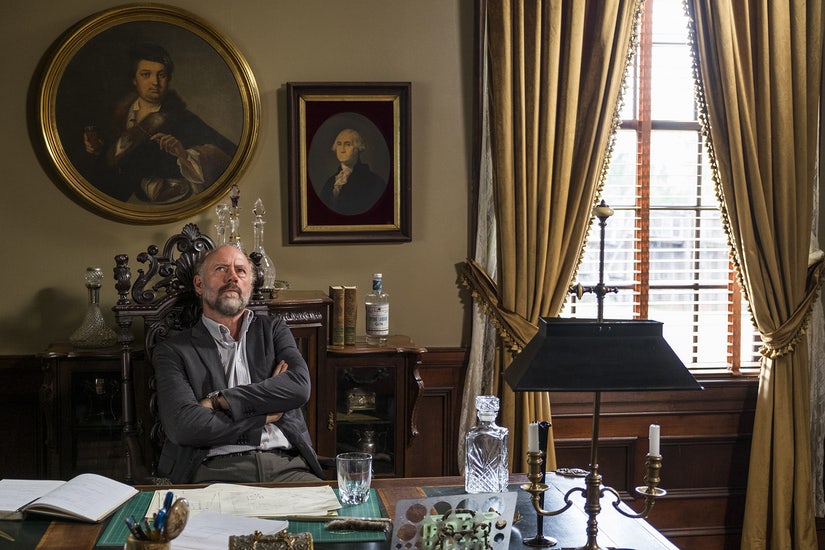 How much is Gregory going to screw things up?

Gregory has never been a trustworthy guy. In fact, he's kind of the worst (besides Negan, of course). But tonight, he continued to make us squirm as he almost revealed Rick's uprising to Negan's right hand man.

Simon stopped by Hilltop to take their doctor, since the one at the Sanctuary was recently thrown into a furnace. In exchange for their doc -- coincidentally, the brother of the guy who was burned to death -- the Saviors left Gregory and the gang with a box of Aspirin. How sweet.

During a private chat, Gregory told Simon, "I'm a can do guy. Someone else might not be so cooperative. They might have crazy ideas." "If you're having problems of that nature, come to see me, anytime," Simon said, extending an invitation to the Sanctuary. "Tell the guard who you are and he'll let you right in. As long as there's no shenanigans afoot." 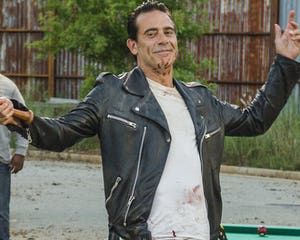 'People Are Stupid' Who Think 'Walking Dead' Shirt Is 'Racist'

Later, Gregory all but told Jesus he doesn't have his back, saying "I look out for my friends and I realized we're not friends."

The Gregory scenario can go one of two ways. 1.) He sells Rick out completely and foils the element of surprise his army has planned or 2.) He joins in at the last minute and helps secure entry to the Sanctuary, now that he has an open invitation. Which way do you see it going? 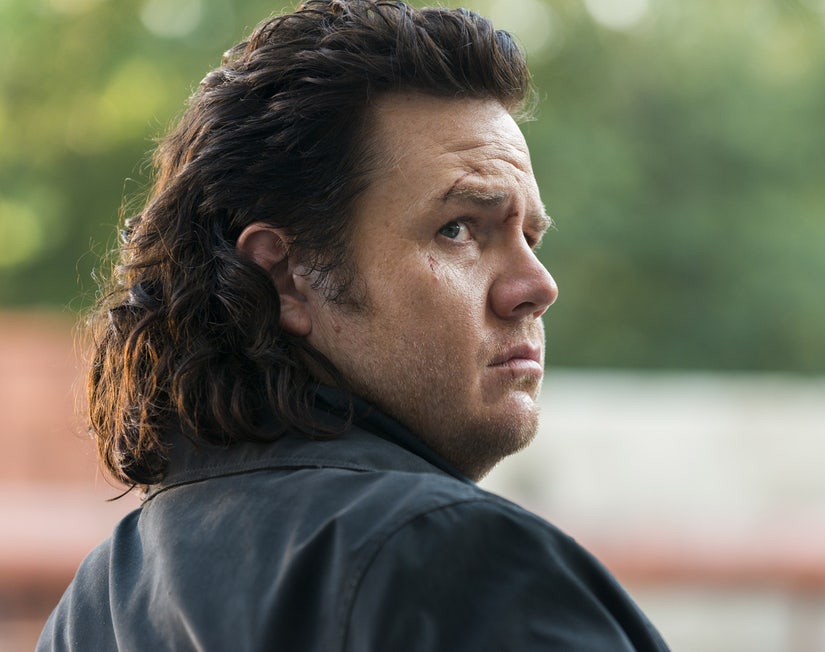 What's going to happen to Eugene?

While Sasha and Rosita originally thought the socially awkward survivor was simply "playing an angle" when they spied him watching the perimeter of Negan's lair, it sure didn't seem that way at the end of the episode.

"No, I'm not going with you," he said when they tried to break him out. "I didn't ask you to come, so go. People gotta be in or out." He then made it pretty clear whose side he's on as he ran inside, only to have Saviors run out moments later.

If he has gone to the dark side, the rest of the Alexandrians won't be too forgiving if and when they take out Negan. Of course, he could simply be playing the long game here by infiltrating Negan's inner circle. We'll see if he makes a move against the bat-wielding psycho in the season finale. 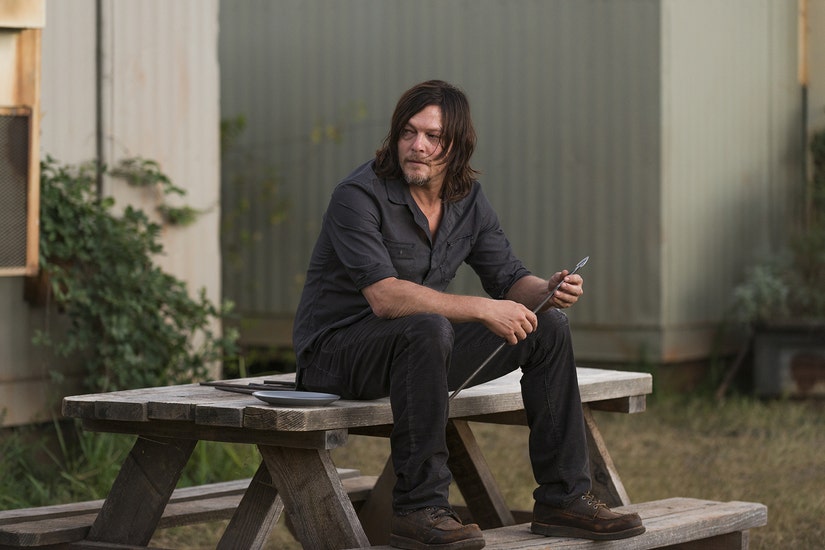 What are Rosita and Daryl going to do now?

Daryl spent half the episode hiding out from the Saviors with Maggie. The only problem: he couldn't look at her. You see, he was still feeling guilty about Glenn's murder by Negan, since Negan did it in retaliation for Daryl attempting to fight back.

He eventually apologized to Maggie, but she said he had nothing to be sorry for.

He does that by heading to the Sanctuary to give Rosita and Sasha backup, arriving after the latter made a run for it solo. 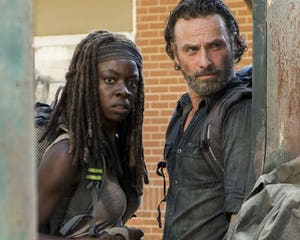 Will they retreat back to the Hilltop or find another way inside? All the pieces will be coming together soon enough!

With only one more episode to go until the season finale, how do you think things are ramping up? Sound off below!