Trevor Noah suggested Beyonce give President Trump some pro-tips on how to get in "formation" as he mocked his administration's disorganization and the fount of never-ending pop culture headlines POTUS generates during Thursday's "Daily Show."

"Say what you want about President Trump, but the man generates serious quantities of news," Noah said. "He's like a Kardashian robbery inside a white Bronco chase inside a missing Malaysian Airlines flight."

Noah also evoked the spirit of Queen Bey and Drake, and said: "You know, it's weird to be living in a world where musicians put more planning into their work than politicians." 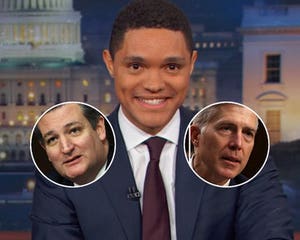 Of Trump's healthcare reboot, Noah said: "Everyone knows the Democrats will vote against it, so Trump and Ryan can only afford to lose 21 Republican votes. Unfortunately for them, up to 40 Republicans are leaning against it. And at first Trump was like, 'Who cares about the votes? I have the Electoral College!' And then they explained to him, 'That's not how it works.'" 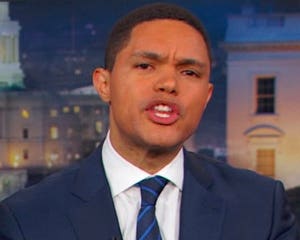 Noah then compared the Republican power trip to a one-night stand.

"Hey Republicans, I know you're excited that you're finally in power, but slow down. Health care is a long-term commitment, not a one-night stand. Take it from me: Premature legislation doesn't make anyone happy," he said.