Chelsea Handler may be on break from her Netflix talk show, but the comedian wasn't going to stop slamming Sean Spicer and the rest of the Trump administration when she sat down with Seth Meyers on Monday.

After admitting that she's eager to get back to work so she can talk about what's happening at the White House, Handler said daily White House briefings with Sean Spicer are the best part of her day.

"It's like having a play date," she said. "I can't wait 'til one day he comes in looking like your drummer — just like, all beat up." 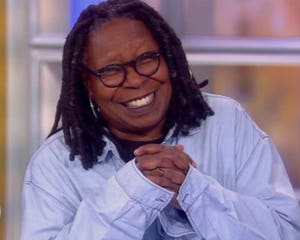 The comedian also thinks she knows why the White House Press Secretary is "late every single day" for White House press briefings.

"Because he has diarrhea, every single day," Handler said.

Handler went on to say that she doesn't think Spicer is doing a great job, describing him as "soulless and spineless." 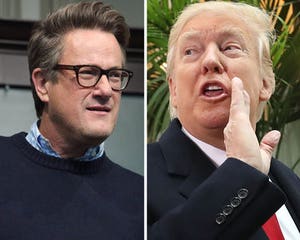 "Luckily he's shaped like a baked potato, so he doesn't need a spine," she said.

After the audience applauded her comments about Spicer, Handler wrapped up the topic by encouraging the man she despises to ditch the administration he's working for.

"Does he think this is going to end well for him? The administration is going to go down," Handler said. "And the only thing he could do would to be like separate himself, to say, 'I'm not a party to this, I can't do this anymore, I can't live like this, I can't lie to the American people.' Then he'd be a hero in many ways. I'd forgive him -- a little bit.”