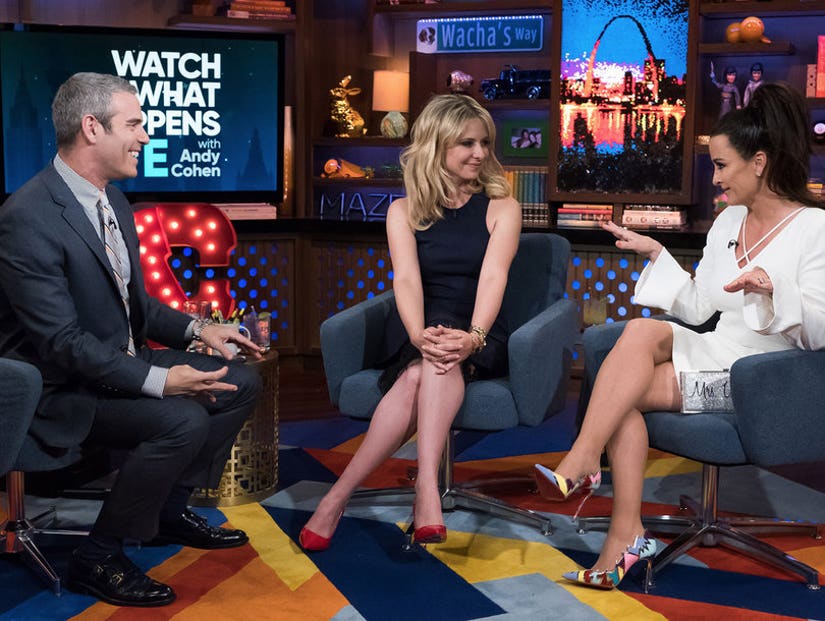 Sarah Michelle Gellar is clearly Team Angel when it comes to Buffy shippers.

The "Buffy the Vampire Slayer" star appeared on Tuesday's "Watch What Happens Live with Andy Cohen," where the host put her in the hot seat in a game of "Shag, Marry, Kill" themed to the men in Ms. Summers' life.

"Marry Angel," she answered, before asking, "Can you really marry the undead?"

"Shag Spike, obviously," Gellar said. "I don't want to kill Xander. I don't have to do anything, you can't make me!"

During the recent show reunion for EW, Gellar expanded on why she believed her character should have ended up with the brooding Boreanaz. 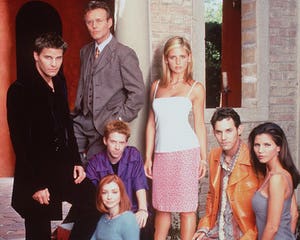 "People ask who I thought was Buffy's ultimate and I get a lot of hate and a lot of death threats — seriously,," she explained. "There was something so beautiful to me about the Buffy and Angel story. I think that Spike understood a different part of who Buffy was and I think she needed to understand that and discover. But for me as Buffy, I think Angel."

On "WWHL," Gellar also explained co-star Anthony Stewart Head's absence, confirming he was in England working on a play. As for why Eliza Dushku was MIA, she didn't know. "I didn't control who … I think there was just so many people," she added, "It was really nice."

Gellar also briefly talked about Britney Spears after the Lifetime movie possibly mentioned the two partied together in the past. She confirmed the two saw each other "here and there" back in the day, adding that Spears is just "lovely."